The 28-year-old man of European origin had been carrying the two guns, including an automatic handgun, concealed in a bag that also contained a copy of the Koran religious text. 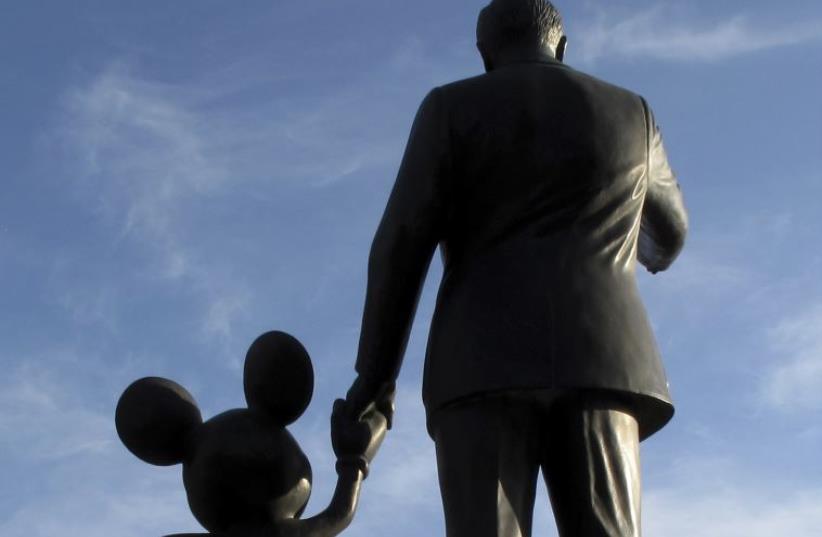 Statues of Walt Disney and Mickey Mouse
(photo credit: REUTERS)
Advertisement
A man was arrested carrying two handguns and a copy of the Koran at the Disneyland Paris amusement park outside Paris on Thursday, French officials said.France remains in a state of emergency after Islamist gunmen and suicide bombers killed 130 people in a series of jihadist attacks in and near Paris in November last year.A police source said the 28-year-old man of European origin arrested at Disneyland had been carrying the guns, one of them an automatic handgun, concealed in a bag with the religious text.The Interior Ministry said police were also searching for a woman who may have been with the man, correcting a previous statement that she had been arrested."Firearms were discovered in the bags of a man as he went through the metal detector during a routine security check at one of our hotels," Disneyland Paris spokesman Francois Banon said.Euro Disney, whose main shareholder is US-based Walt Disney Co, runs the amusement park.The man was unknown to police before the incident at the park's New York Hotel, the source said.