'My baby died': The town facing the horrors of ISIS' chemical attacks

The residents of Taza in northern Iraq have suffered immensely at the hands of ISIS. ISIS prolonged campaign of shelling has led to the death of a two-year-old girl and has wounded 370 others. 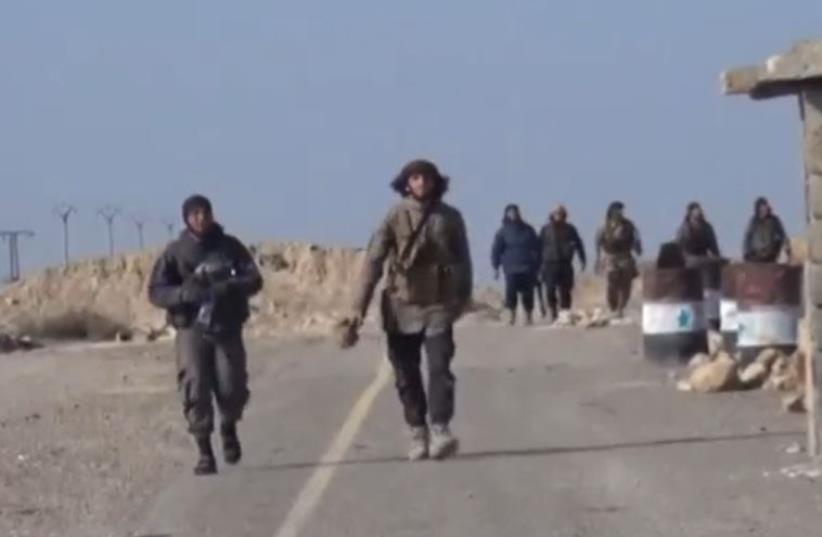 Footage of ISIS advance in Deir al-Zor
(photo credit: screenshot)
Advertisement
Taza, south of the city Kirkuk in Kurdistan, has become the headquarters of chemical bombardment by the terror organization ISIS. The village, which is largely composed of the Shi'ite Turkmen minority, has endured several weeks of shelling with explosive devices and rockets fitted with chemical payloads. An attack of this kind is what led to the death of the two-year-old girl Fatima and wounded the members of her family. "The rocket landed near the door of our house, my house, and the chemical material that was inside the rocket burned her [Fatima] arm and leg," said Samir Ahmed [father of Fatima] to a Kurdish news agency in northern Iraq. "My wife tried to lift her, but her arm came into contact with the chemical material and severely burned her. I understood then that she had died," Ahmed added. Fatima's mother was hospitalized in Baghdad as a result of the same attack in a unit that specializes in injuries from chemical weapons, alongside 17 other victims from Taza. The attacks were launched from Bashir, a village that was formerly home to the Shi'ite Turkmen minority, but whom were forced to flee once ISIS conquered the village. In the last year, the area turned into a battlefield between the small Turkmen militia and the forces of ISIS."Someone has to demonstrate just a little bit of leadership and take control of Bashir in order for us to get out of the line of ISIS' mortar fire," said Hadija Ali, Fatima's aunt. "The Iraqi army arrived to the region in the last few weeks, but they have not made efforts to conquer Bashir. Why haven't they done this? Just this week 370 people from Taza were wounded. God will not forgive them," Hadija wrote.The commander of the recruitment unit of the Shi'ite militia in the region, Wissam al-Hoseini, told a Kurdish news agency that it will take more time to liberate the area from ISIS, despite receiving reinforcements from the Iraqi army. "We requested help from the headquarters of the enlistment unit to convince the [Iraqi] army to come help the population on this front, but it will take time to to reach a decision to engage in a sweeping offensive," al-Hoseini.This week the American Department of Defense announced that the US captured ISIS' conventional and chemical weapon production center. Pentagon spokesperson, Peter Cook, said that Suleiman Daoud al-Bakr was captured in a coalition military operation in Iraq in February. In conjunction with his capture, the US executed aerial attacks that limited the ability of ISIS' to manufacture chemical weapons in Iraq. The Pentagon holds that the information that was rendered from al-Bakr after his capture will enable additional military operations.