New fundraising campaign: Buy a weapon to kill a Jew in Israel

Donors can select from a list of weapons at varying prices. 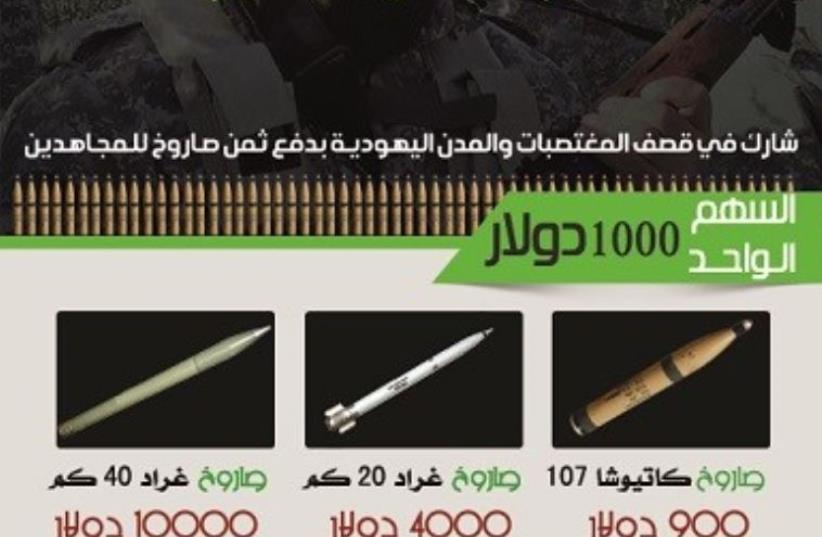