“We live in a patriarchal society,” said one parent trainer, adding that he expects some resistance." 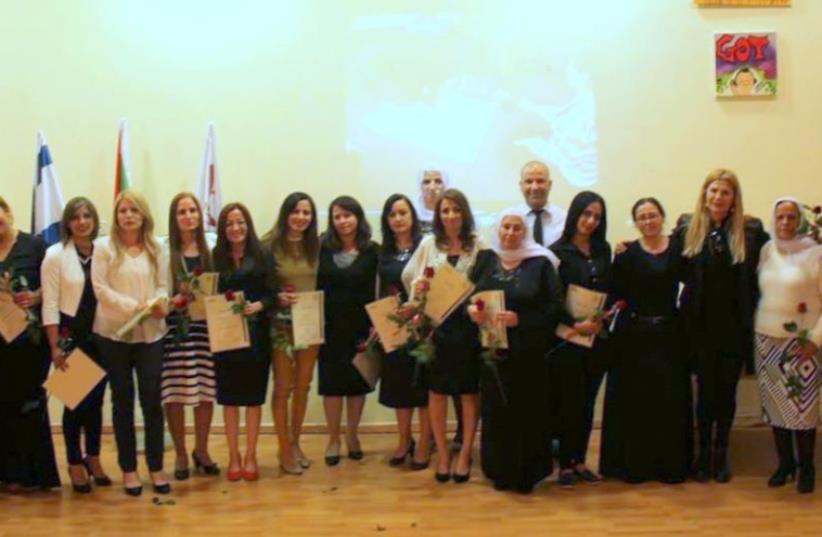 In the first scene - graduates of course instructors finished getting certificats s
(photo credit: LEAL FARHAT.)
Advertisement
For the first time, a course to train parenting skills in the Druse and Circassian sectors was held despite cultural obstacles.The 13 Druse and Circassian parenting trainers underwent an 18-month course, including internships, and are now ready to begin their own group classes for parents in their communities in September.The program was run by the Adler Institute and the Ryan Employment Guidance Center.“The goal is to bring tools to build healthy relations, since if the family is healthy, then society benefits as well,” Elona Inbar, manager of northern Israel at the Adler Institute, told The Jerusalem Post on Thursday.Many Druse, Circassians and Arabs have problematic domestic situations and we are working with various minority sectors in Israel to build a better democracy, she explained, adding that traditional culture does not give the tools to deal with some modern issues.This is a kind of pilot that could be expanded, said Inbar.Adler ran the training regimen and the Rayan Center is training and finding employment for some of the large number of unemployed university graduates in the Druse community.Now that the training is over, continued Inbar, municipalities and schools will facilitate the courses in the community by promoting them and providing classrooms.Motea Shakur, a lawyer and the only man to take part in the course to become a parenting guide, said the one area he would cover is the way parents punish children.“I don’t believe in [corporal] punishment.It is the wrong way. You need to explain yourself using the correct tone, not yelling,” he said.Screaming or punishing the child can cause damage, he said, and the child learns the wrong ways to deal with problems.“When they are older and parents, they are likely to do the same.”Asked if Druse society would accept the course, Shakur responded that at first it could be difficult, but over time it should catch on as there is support for it in the community.“We live in a patriarchal society,” he noted, adding that he expects some resistance.Some parents have said, “I don’t need classes, I will educate my children how I want.”There will be separate classes for men and women, and Shakur is busy now recruiting for the men’s class, which he says is unprecedented in his or the wider Arab community.