Japan and Israel invested a total of $350 million to expand the Jericho Agro Industrial Park. 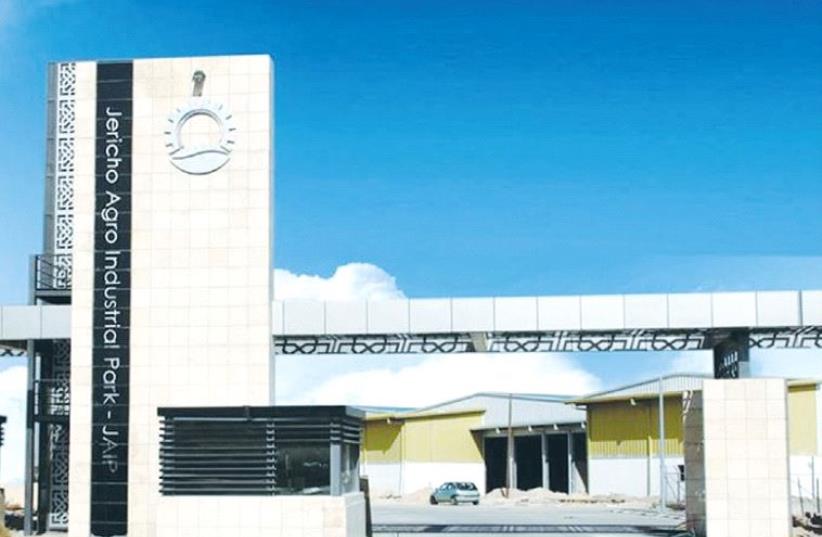 JAPAN HAS invested $300m. in the Corridor for Peace and Prosperity project in the West Bank.
(photo credit: JERICHO INDUSTRIAL PARK)
Advertisement
Japan wants to turn the dusty West Bank city of Jericho into a pipeline for Palestinian goods to the Arab world.It has pumped $300 million into a new complex in Area A, known as the Jericho Agro Industrial Park or, as the Japanese have dubbed it, the “Corridor for Peace and Prosperity.”Israel has added $50 million to the project, according to Deputy Minister for Regional Cooperation Ayoub Kara.“Development of the industrial zone is expected help empower [Palestinian] trade ties and strengthen the regional economy,” Kara said.The idea is to open up an economic line between the Palestinian territories and the larger Arab world, Kara said.  As an example of how the project can be a oasis in an otherwise hostile environment between Israelis and Palestinians, representatives from both government are expected to attend a ceremony in Jericho to mark the park’s expansion.Kara is expected to represent Israel at the ceremony, which will also be attended by Japan's Deputy Foreign Minister Kentaro Sonoura. Israel’s Ministry for Regional Cooperation said it is still unclear who the Palestinian and Jordanian representatives will be.The project, which is being developed by the Palestine Real Estate Investment Company (PRICo.) and the Palestine Investment Fund (PIF), was first created in 2012 and ground was broken in 2014. Two factories are already operational at the site and another eight are expected to open their doors by the end of the year. Another 38 companies have signed leases with the industrial park, of some 1,115 dunams.The park is now set to develop a second section of the project, so that dozens of additional businesses can join.As part of the expansion, a new road will be built parallel to Route 90 in the Jordan Valley to allow for the fast transport of goods to Jordan through the nearby Allenby Border Crossing.The road will run parallel to Route 90, and will be partially in Area A of the West Bank and partially in Area C.The scope of the project is very large and will generate capital to upgrade the infrastructure in the area, Kara said.Construction of the next phase of the project had been frozen, he explained. It was bogged down in technical issues, such as the construction of the road.“But with some luck, determination and help from the Japanese, we have made it happen,” he said.A similar joint Japanese, Jordanian, Palestinian and Israeli meeting was held in Jericho in 2013 to mark the start of the project.