"Such illiterate imams of mosques should not be allowed to deliver speeches," local police chief says. 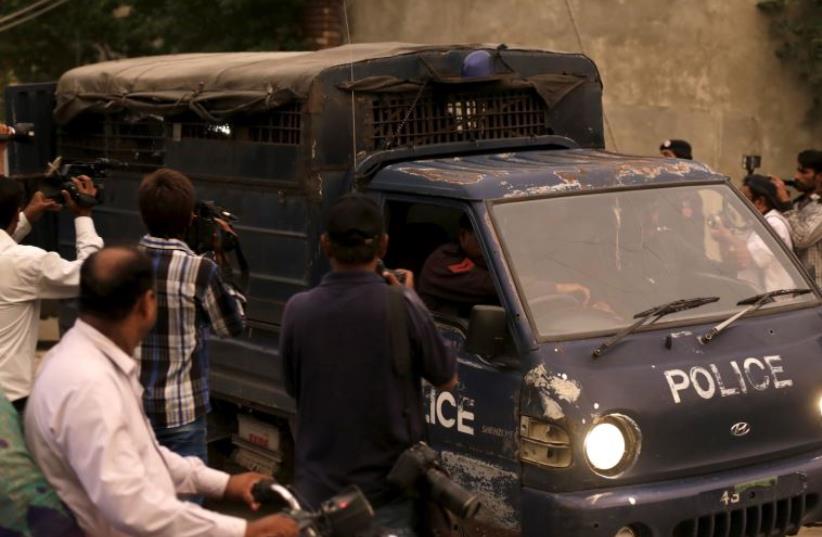 Pakistani police in Lahore, August 2015, (Illustrative)
(photo credit: REUTERS)
Advertisement
ISLAMABAD - Pakistani police have arrested the imam of a mosque for inciting violence after a 15-year old boy who was told by the cleric that he was a blasphemer went home and cut off his own hand.Shabbir Ahmed was delivering a sermon at a village in the east of Punjab province when he asked the gathering if anyone did not love the Prophet Mohammad.Mishearing the question, the 15-year old boy raised his hand. Ahmed quickly singled him out and called him a "blasphemer" in front of the congregation, Nosher Ali, the head of the local police station, told Reuters on Sunday.After returning home, the boy cut his hand off, an act welcomed by the boy's father who told police he was proud of his son and did not want the cleric arrested.Police filed anti-terrorism charges against Ahmed and arrested him on Saturday, police chief Ali said."Such illiterate imams of mosques should not be allowed to deliver speeches. His arrest is under the National Action Plan that hate speeches inciting violence are no longer allowed in this country," Ali said.Blasphemy is a highly controversial issue in Pakistan, and angry mobs have killed many people accused of insulting Islam in the majority Muslim country.The law does not define blasphemy but stipulates that the penalty is death, although a death sentence has never been carried out. Human rights activists say accusations of blasphemy are sky rocketing because the law is often abused to settle personal grudges.