The Christians said that the government’s decision was an insult to their religion and reminded them of the policies of governments in Saudi Arabia, Qatar and Malaysia. 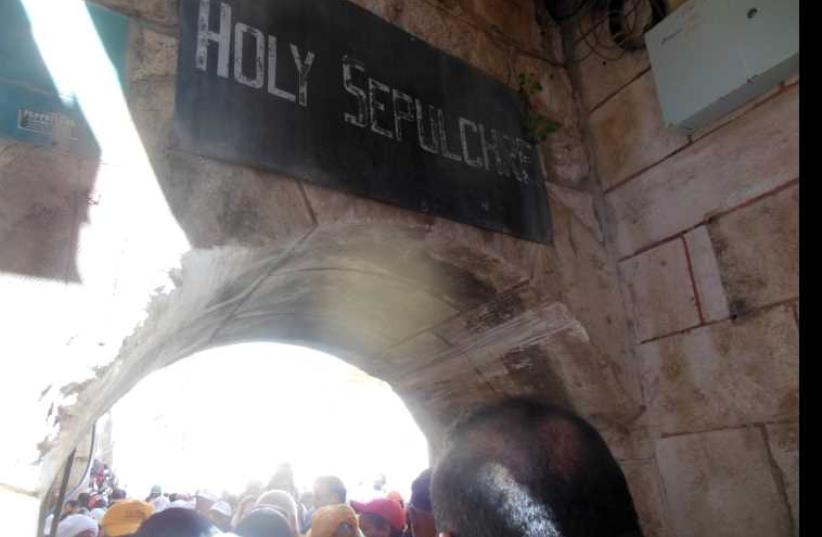 Easter Sunday in Jerusalem‏
(photo credit: ARIEL COHEN)
Advertisement
Christian Arabs in the West Bank have reacted angrily to what they say is the Palestinian Authority government’s refusal to recognize Easter as an official holiday.The Christians said that the government’s decision was an insult to their religion and reminded them of the policies of governments in Islamic theocracies and dictatorships.In a letter to PA Prime Minister Rami Hamdallah, Dr. Ghassan al-Toubassi, a physician from Ramallah, said that he and thousands of other Palestinian Christians were “pained” by the government’s decision to ignore Easter as an official national holiday.Noting that Islam does not recognize the crucifixion and resurrection of Jesus, he drew parallels between the PA government and Arab and Islamic countries.“We would have understood this explanation had the debate been taking place in the governments of Saudi Arabia, Qatar or Malaysia, which are purely Islamic countries that follow the Shari’a laws,” Toubassi wrote. “But it’s a great sin when a government that purports to represent all Palestinians takes such a decision.”He expressed regret that the Palestinian government was “sharing the Zionist Christian ideology that also does not recognize Easter.”Toubassi voiced regret and sorrow over the PA government’s failure to demonstrate a “unified Islamic-Christian narrative.” He urged the prime minister and cabinet members to reconsider their decision and declare Easter a national holiday.Some Palestinian Christians took to social media to protest against the PA government’s “racist” decision.“This is a government that does not respect Christians or Muslims,” one of them commented.PA Minister of Tourism Rula Ma’ayah rejected the criticism.She argued that the PA government does recognize Easter as an official holiday for Christians in accordance with a law that was passed in 2005.While Protestants and Roman Catholics observed Easter Sunday this year on March 27, the Greek Orthodox church – to which most Palestinian Christians belong – will celebrate the holiday on May 1 this year.
sign up to our newsletter