Profile of a freedom fighter: The Canadian-Israeli who joined the fight against ISIS

Gill Rosenberg, 31, flew from Tel Aviv to Iraq to join with Kurdish fighters; her complicated past, which includes a stint in jail, may provide insight into her motivation.

By YOSSI MELMAN
NOVEMBER 11, 2014 16:17
Gila Rosenberg
(photo credit: FACEBOOK)
Advertisement
The name of the Canadian- Israeli woman who joined the ranks of Kurdish fighters battling Islamic State terrorists earlier this month was cleared for publication on Tuesday.Gill Rosenberg, 31, from Tel Aviv, said in an interview with Israel Radio on Sunday that she had decided to join the fighters for humanitarian and ideological reasons and “because they are our brothers” who are fighting the evil of Islamic State.On her Facebook page she posted several pictures, including of Tel Aviv and the Old City in Jerusalem, that she took prior to leaving for Kurdish Iraq and Syria.“My last day in Israel – seems like way more than a week ago. YPG [Kurdish army] uniform pics coming soon! Once the tailor finishes my customized uniform,” she wrote on one of the pictures.In another post she wrote: “In the IDF, we say “acharai” - After Me. Let’s show ISIS [Islamic State] what that means.” 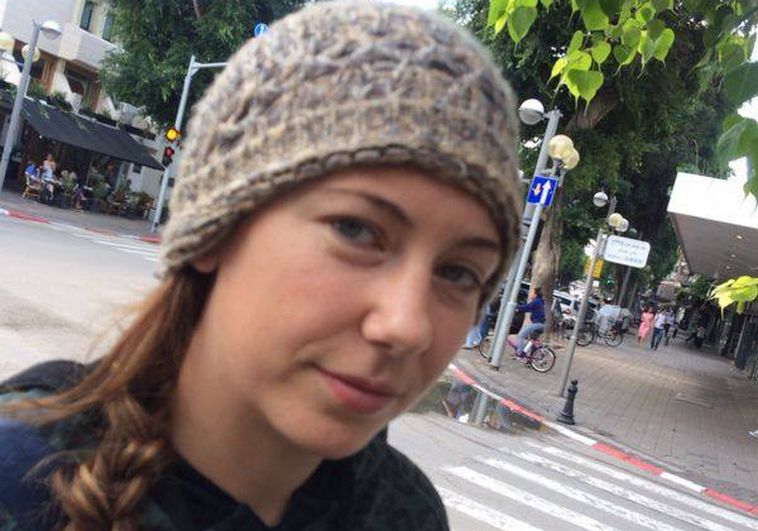 In her final days in Tel Aviv, she filmed the city’s Night Run, writing, “This is TLV – where we just shut down half the major streets in the city for random events. TLV night run – Deezy/King George.”Rosenberg was apparently in Israel during this summer’s Operation Protective Edge, because she wrote on her Facebook page: “Ok that rocket hit pretty damn close... Definitely felt things shake and a loud boom.”Rosenberg said that she contacted a group of Kurdish fighters on Facebook and coordinated with them her joining the group. She flew to Iraq, likely by using her Canadian passport, where the group met her and took her to Kurdistan in northern Iraq. She passed the border with the help of her companions to Syria and joined the Kurdish fighters.She went through a number of basic training exercises and joined a group of female Kurdish fighters taking part in the war.Rosenberg’s past may shed more light on her motivation to join the war. She was born in Vancouver, Canada, and experienced a family crisis after her parents divorced. In an interview with Ma’ariv in 2009, she said that already at the age of 22 she was pursuing a promising career as a pilot of Boeing passenger planes, but decided to leave everything behind and make aliya in 2006. In Israel, she joined the IDF, serving as an instructor for Kenyan soldiers who came to Israel for home front search and rescue training.Rosenberg said that she had ambitions to join the Mossad, but was hurt during her military training and afterward had money problems.She met an American friend in ulpan who led her into crime, she claimed. She joined a group of Israelis who were accused of setting up a ring to cheat elderly Americans and steal their money through a fake lottery scheme. According to the indictments filed against them, they stole hundreds of thousands of dollars, and perhaps even millions, from the unknowing pensioners.After a number of complaints were filed, a joint Israel Police and FBI investigation was launched. The probe led to the arrest of several suspects and their extradition to the US, where they were tried. Rosenberg served four years in jail.She may have decided to fulfill an act of redemption after getting out of jail and regaining her freedom.One way or the other, entry to Iraq and Syria is a violation of the law against entering an enemy country, and if she returns to Israel, Rosenberg will likely be arrested by the Shin Bet (Israel Security Agency) and the police and will be tried, as has happened to several Israeli Arabs that have traveled to Syria to join the opposite side in the war - Islamic State.Yossi Melman is an Israeli journalist and writer who specializes in security and intelligence affairs.  He is co-author of  Spies Against Armageddon: inside Israel's Secret Wars.
Visit Yossi Melman's blog: www.israelspy.com