In contrast, an Israeli national would be allowed up to 24 hours to change planes in Dubai even though the United Arab Emirates lacks diplomatic relations with Israel. 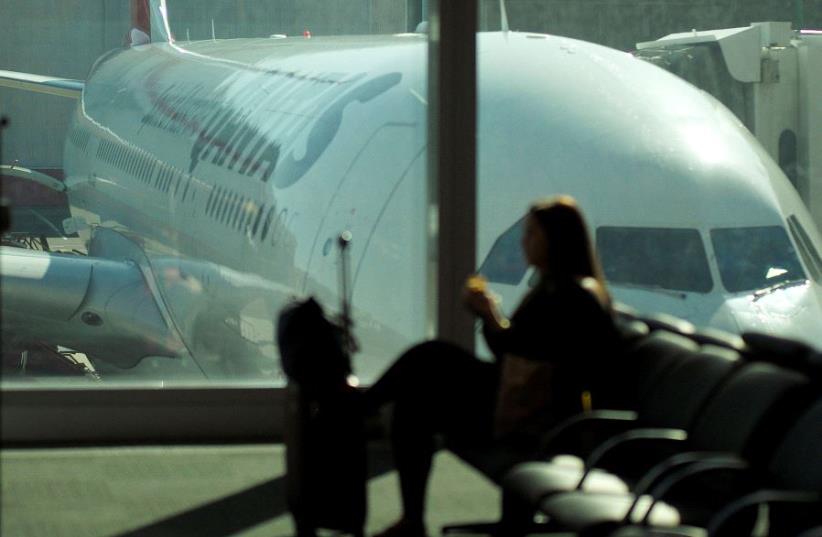 A passenger waits to board a Qantas domestic flight at Sydney airport in Australia
(photo credit: REUTERS/JASON REED)
Advertisement
CANCUN, Mexico/SYDNEY - Qatari nationals will not be allowed to board Qantas flights to Dubai because the United Arab Emirates has banned them from passing through its airports after Arab powers cut ties with Qatar, an executive at the Australian airline has said.Several Middle Eastern countries, including Saudi Arabia, Egypt and the United Arab Emirates, cut ties with the tiny Gulf state on Monday over what they say is Qatar's support for terrorism, a claim Qatar vehemently denies.Countries announced cutting ties with Qatar (REUTERS,INGIMAGE,JPOST STAFF) The United Arab Emirates had already said Qatari nationals would not be allowed to enter the country or cross its points of entry, although the practical effects on airline passengers had been unclear until now.Qatari nationals will now not be allowed to pass through airports in the UAE even to change planes.
Gulf nations cut ties with Qatar (credit: REUTERS)
"UAE have banned Qatari nationals from transiting through UAE, so we're looking to see if that affects any passengers," Qantas Airways Ltd International Chief Executive Gareth Evans said."If it does, we will offer them (route) alternatives," he told reporters on the sidelines of an airline industry meeting in Mexico.Emirates and Etihad Airways have not responded to multiple requests for comment about whether Qataris would be allowed to board flights taking off from or landing in their respective hubs in Dubai and Abu Dhabi.Emirates is a codeshare partner of Qantas.A visa check tool on the Emirates website provided by the International Air Transport Association said a Qatari passport holder would be refused transit in Dubai.In contrast, an Israeli national would be allowed up to 24 hours to change planes in Dubai even though the United Arab Emirates lacks diplomatic relations with Israel.Comment was also being sought from several other airlines that fly to Dubai and Abu Dhabi.OPSGROUP, an industry flight operations service, said it had advised airlines of a series of restrictions on Qatari nationals, including a ban on transit through the United Arab Emirates, Bahrain, Saudi Arabia and Egypt.The transit restrictions follow from the cutting of all transport links with Qatar as part of the coordinated action. The rift has affected global oil prices, hit travel plans and sown confusion among businesses.Saudi Arabia and Bahrain revoked the licenses of Qatar Airways on Tuesday and ordered its offices to be closed within 48 hours, a move that analysts said would cost the carrier millions of dollars of revenue.