According to the daily newspaper 'Al Ghad,' the Palestinians were on their way to Saudi Arabia as part of their holy pilgrimage to Mecca. 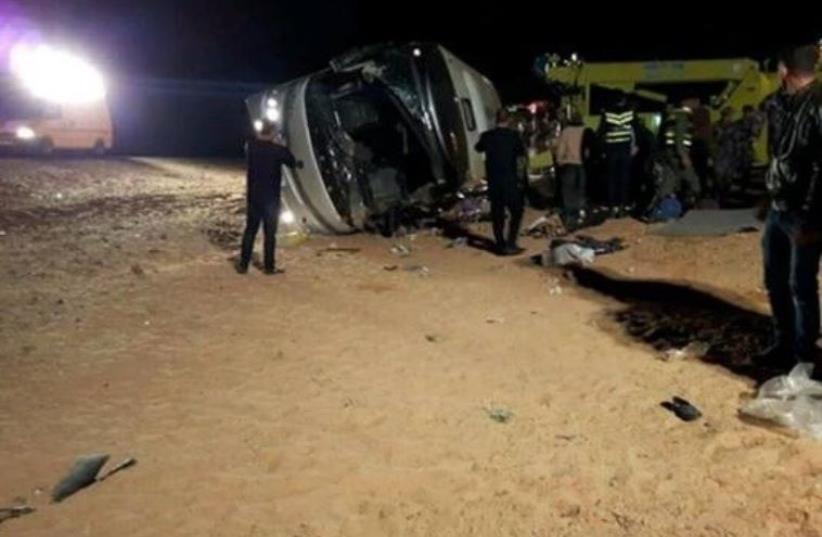 Scene of the fatal bus crash in southern Jordan that killed 14 Palestinians
(photo credit: ARAB MEDIA)
Advertisement
A Jordanian newspaper is reporting late Wednesday that a bus loaded with Palestinian pilgrims bound for the holy city of Mecca flipped over and crashed in the southern part of the Hashemite kingdom, killing 18 and wounding at least 32.The report appeared in the Jordanian daily newspaper Al Ghad.
The accident took place near the southern Jordanian town of Ma'an, according to Al Ghad.First aid responders rushed to the scene to treat the injured, some of whom were hurt seriously. Local reports indicate that authorities believe the accident was caused by the bus driver's failure to obey the speed limit, resulting in the loss of control over the vehicle.
Advertisement
Subscribe for our daily newsletter