Report: Britain to reopen embassy in Tehran this weekend

After a nuclear deal was reached between Iran and six major world powers including Britain, Foreign Secretary Phiilip Hammond said he hoped to re-open the embassy in Tehran. 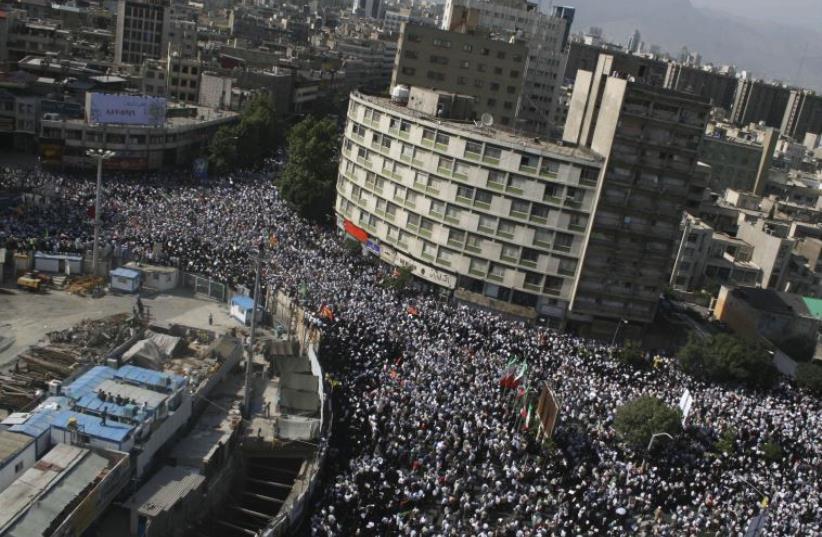 Aerial view of Tehran
(photo credit: REUTERS)
Advertisement
Britain will reopen its embassy in Iran this weekend nearly four years after protesters ransacked the elegant ambassadorial residence and burned the British flag, a British diplomatic source said on Thursday."The Foreign Secretary (Philip Hammond) will travel to Iran to reopen our embassy there," the source told Reuters on condition of anonymity as the trip has not been formally announced.After a nuclear deal was reached between Iran and six major world powers including Britain, Hammond said he hoped to re-open the embassy in Tehran.Hammond will travel to Iran this weekend for the formal opening of the embassy on Sunday. He will take a small group of business leaders with him on the trip, according to the diplomatic source.Until a new ambassador is announced, the embassy will be led by Ajay Sharma, until now the non-resident chargé d'affaires.Iranian protesters stormed two British diplomatic compounds in Tehran in November 2011, smashing windows, torching a car and burning the British flag in protest against sanctions imposed by London.Britain, which said the storming of the embassy could not have taken place without the consent of the Iranian authorities, responded by shutting Iran's embassy in London and expelling its diplomats.