Damascus: Europe trying to misrepresent the Russian intervention in Syria. 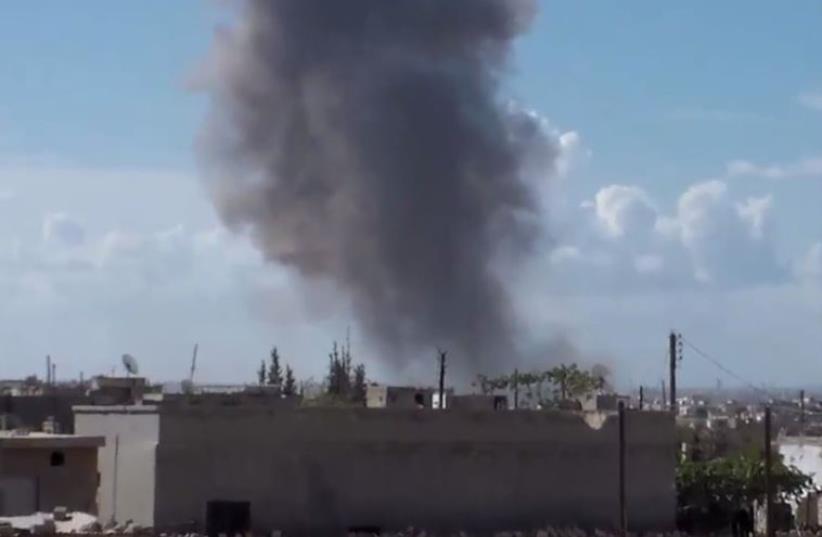 Alleged sight of Russian airstike in Syria
(photo credit: ARAB SOCIAL MEDIA)
Advertisement
Cuban security forces reportedly arrived recently in Syria to assist the regime of President Bashar Assad against rebels in his country's four-year-long civil war.Special forces and paramilitary troops from Cuba are currently present in Syria, a US official told Fox News on Wednesday, citing information from intelligence reports.The security forces may have undergone training in Russia and could have arrived in Syria on Russian planes, he added.
Cuba and Russia maintain close ties that date back to the Cold War.Russia stepped up its involvement in the Syrian civil war when it began carrying out air strikes two weeks ago to bolster Assad in the face of the widespread insurgency across the country.Russia claims that it is targeting Islamic State insurgents, but the United States, which is also conducting an air campaign in Syria, has said that Moscow's campaign has mainly targeted other insurgent groups, including those that have fought Islamic State. Russia has denied the allegation.Syria's Foreign Ministry said on Tuesday that Europe was trying to misrepresent the Russian intervention, which it said had "demonstrated the credibility and determination of the Russian and Syrian leadership to combat terrorism."A ministry source quoted by state media said the Russian campaign came in response to a formal Syrian request - unlike air strikes carried out by the US-led coalition - "and these joint efforts will find the appropriate circumstances to launch the political path to solve the crisis in Syria."Reuters contributed to this report.