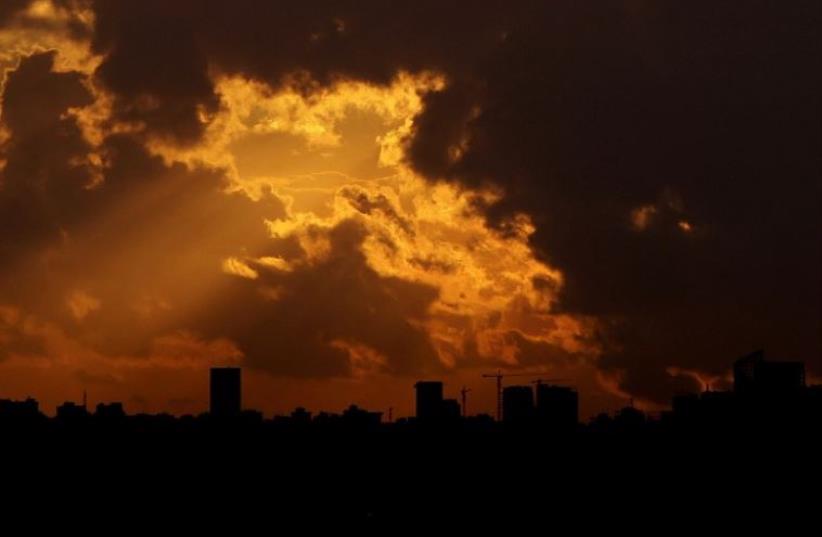 Beirut's skyline at sunset
(photo credit: AFP PHOTO)
Advertisement
Lebanon has turned down a Russian request to divert civilian flights in some areas so Moscow can conduct a naval exercise in the Mediterranean Sea, the Lebanese transport minister said on Friday.Moscow wants to conduct a three-day naval exercise starting at midnight (2200 GMT) which could affect civilian flights in Lebanese airspace, Lebanon's National News Agency said on Friday, citing a telegram from the Russian navy."The Russians have asked the Directorate of Civil Aviation authority in Lebanon to divert the routes of planes in a specific area over the international waters where they are planning to conduct the exercise," Transport Minister Ghazi Zeaiter said."This (disruption would have been) for three days but we refused because it is against our interests," he said.A Russian Defense Ministry official in Moscow declined any immediate comment. Russia has been carrying out air strikes against various insurgents in Syria for nearly two months.Flight paths from Lebanon are limited because the national carrier Middle East Airlines (MEA) does not fly over Israel and other airlines have avoided flying over Syria.MEA Chairman Mohamad al-Hout told Reuters there had been no decision yet on whether to suspend civilian flights."The decision should be taken by the Lebanese government. They are working on opening an air corridor above Cyprus and if it doesn't work we will stick to the current lines. Until now there is no decision to suspend flights."According to an international governmental database of notices for airmen (NOTAM) Russia gave notice on Nov. 20 of a rocket test firing off the Lebanese coast over a three-day period. It has carried out previous exercises in the waters off Lebanon.