According to the RIA Novosti news agency, a source in Russia's Foreign Ministry said that the deal would go ahead "this year for sure." 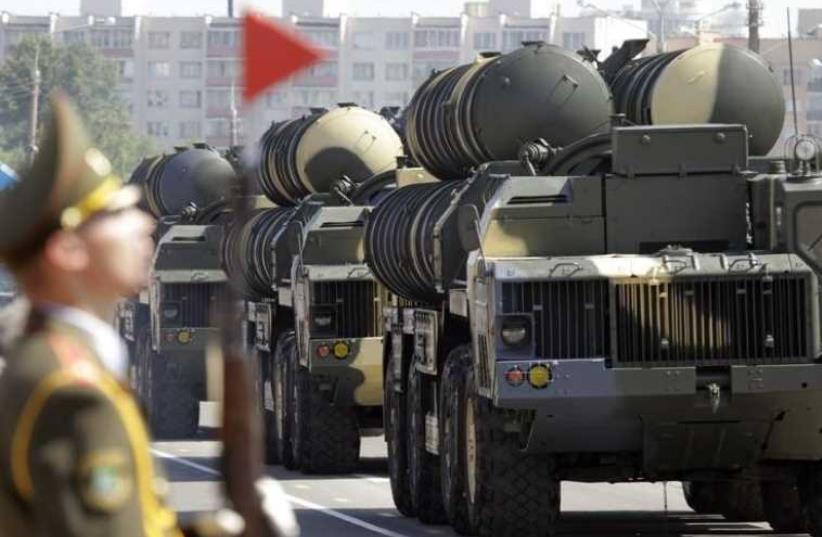 S-300 mobile missile launching systems
(photo credit: REUTERS)
Advertisement
A Russian diplomatic source on Wednesday corroborated an Iranian report earlier in the week that claimed Moscow will supply four batteries of S-300 surface-to-air missiles to the Islamic Republic.The deal will go ahead “this year for sure,” a source in Russia’s For - eign Ministry said, according to the RIA Novosti news agency.“What was in the contract, that’s how many will be,” the source said.The report comes one day after Defense Minister Hossein Dehghan said that Iran and Russia will sign a deal that will see Moscow send Tehran the S-300 anti-aircraft system by next week.Russian President Vladimir Putin had been ready to deliver the S-300 system to Iran already in 2010, but then agreed to ban the sale under pressure from the US. Israel has also pushed Moscow not to send them to Iran.The contract has now been updated and will be finalized soon, the Iranian Students’ News Agency quoted Dehghan as saying.Dehghan said that as part of the new deal, Iran would be receiving an upgraded version of the S-300 system.“We will go to Russia next week to sign the deal and there is no barrier hindering the agreement,” ISNA quoted him as saying.He added that the weapons system would be delivered to Iran shortly after the signing of the agreementYaakov Lappin and Tovah Lazaroff contributed to this report.