Saudi minister confirms warning on proposed US law on 9/11

The proposed US law could hold the Saudi kingdom responsible for any role in the Sept 11, 2001 attacks. 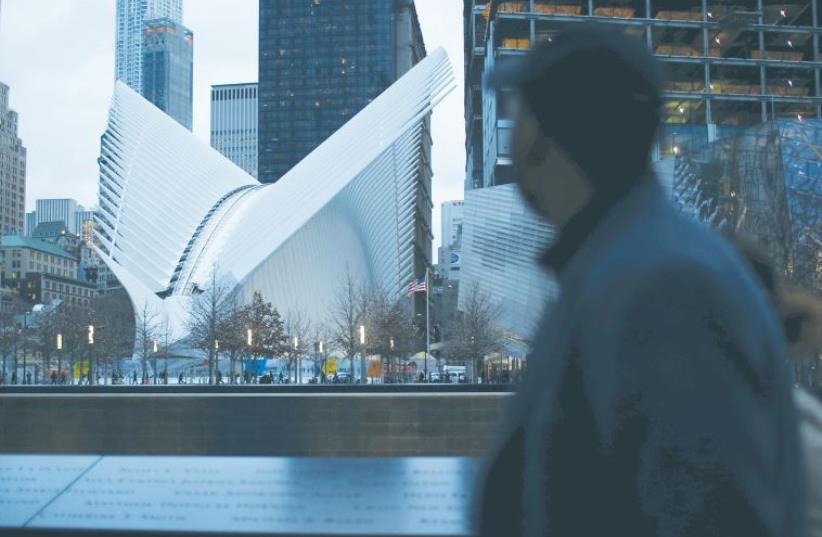 9/11 GROUND ZERO today includes numerous skyscrapers and the recently opened World Trade Center Transportation Hub designed by Santiago Calatrava.
(photo credit: REUTERS)
Advertisement
GENEVA - Saudi Arabia has warned the United States that a proposed US law that could hold the kingdom responsible for any role in the Sept 11, 2001, attacks would erode global investor confidence in America, its foreign minister said on Monday.The minister, Adel al-Jubeir, speaking to reporters in Geneva after talks with U.S. Secretary of State John Kerry, which mainly focused on Syria, denied that Saudi Arabia had "threatened" to withdraw investment from its close ally.The New York Times reported last month that the Riyadh government had threatened to sell up to $750 billion worth of American assets should the US Congress pass a bill that would take away immunity from foreign governments in cases arising from a "terrorist attack that kills an American on American soil.""We say a law like this would cause an erosion of investor confidence. But then to kind of say, 'My God the Saudis are threatening us' - ridiculous," Jubeir said."We don't use monetary policy and we don't use energy policy and we don't use economic policy for political purposes. When we invest, we invest as investors. When we sell oil, we sell oil as traders."Jubeir, pressed on whether the Saudia Arabia had suggested the law could affect its investment policies, said: "I say you can warn. What has happened is that people are saying we threatened. We said that a law like this is going to cause investor confidence to shrink. And so not just for Saudi Arabia, but for everybody."The New York Times, citing administration officials and congressional aides, said that the Obama administration had lobbied Congress to block passage of the bill, which passed the Senate Judiciary Committee earlier this year."In fact what they are doing is stripping the principle of sovereign immunities which would turn the world for international law into the law of the jungle," Jubeir said."That's why the administration is opposed to it, and that's why every country in the world is opposed to it."And then people say 'Saudi Arabia is threatening the US by pulling our investments'. Nonsense."