The Nordic nation has taken in more asylum seekers per capita than any other European country but says it has run out of beds. 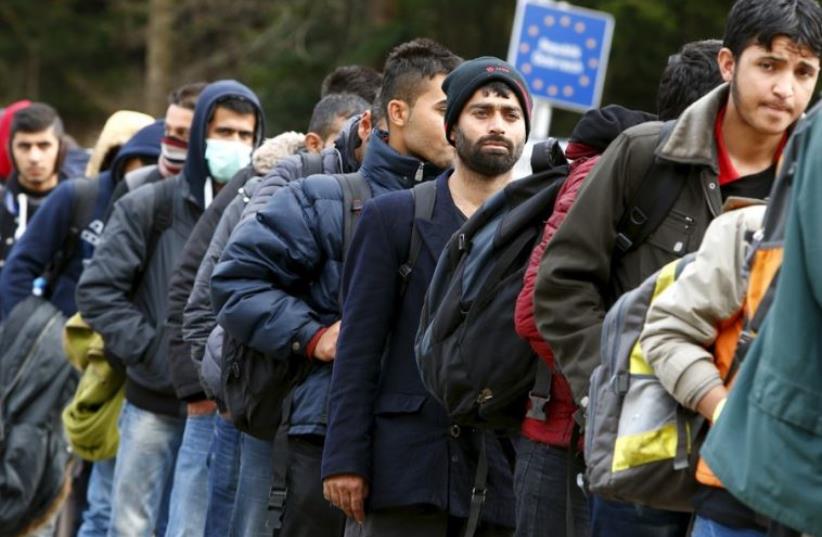 Migrants stay in a queue before passing the Austrian-German border
(photo credit: REUTERS)
Advertisement
STOCKHOLM - Sweden, a favorite destination for refugees flooding into Europe, can no longer house all those arriving and many will have to find their own accommodation, the country's migration agency said on Thursday.Sweden has already imposed temporary border controls in response to the record influx of refugees, while authorities plan to shelter thousands of people in heated tents as well as venues such as ski resorts and a theme park.But now even these options have run out."We have entered a new phase where the migration agency no longer can provide housing for all. We don't have enough beds," its operating officer Michael Ribbenvik said in a statement.The agency said it would continue to search for additional housing and give priority to families with children.Sweden has taken in more asylum seekers per capita than any other European country over the last few years. Up to 190,000 refugees are expected to arrive this year, a record for the wealthy Nordic nation of 10 million people.Prime Minister Stefan Lofven has called the situation unsustainable Almost 10,000 refugees have applied for asylum in the last seven days alone and close to 140,000 have arrived so far this year.Europe is facing its biggest refugee crisis since World War II as hundreds of thousands of people flee conflicts and poverty in the Middle East, Africa and Asia.