“The Syrian army will not protect the Druse so they decided to create checkpoints,” says Israeli Druse figure in touch with Syrian brethren. 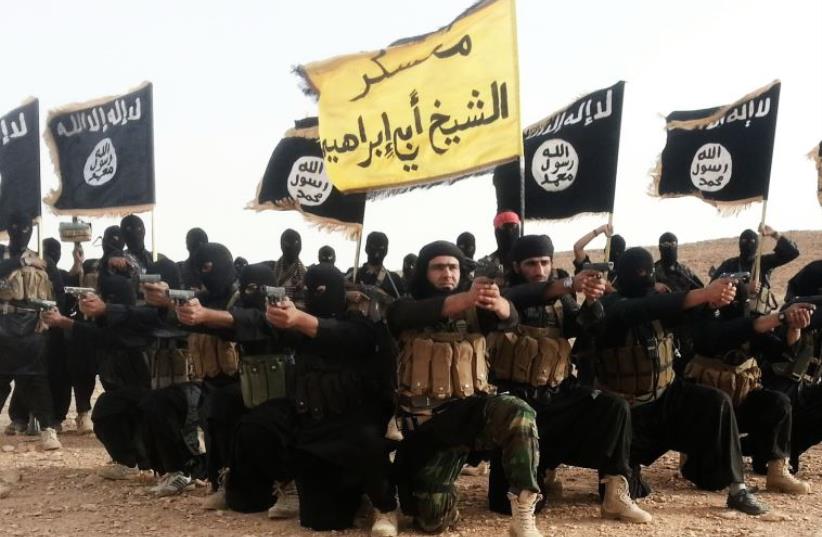 ISIS
(photo credit: ISLAMIC SOCIAL MEDIA)
Advertisement
Druse in the southern Syrian city of Sweida established their own security force because they have lost faith in the Assad regime’s ability to protect them against rebel forces and crime.The group said in a statement on Facebook on Wednesday that it was taking measures to protect areas of the heavily Druse Sweida province.Mendi Safadi, an Israeli Druse political activist who has independently met with members of the liberal and democratic Syrian opposition who oppose the Islamists and want friendly relations with Israel, told The Jerusalem Post that residents of Sweida told him that the Syrian regime is not adequately protecting them.Since many Druse have refused to serve in the army, “the regime gave Islamic State the green light to attack them,” asserted Safadi.“In the past month, suspicious looking people have entered Sweida and then left,” he said, adding that this has contributed to the anxiety of Sweida residents.“The Syrian army will not protect the Druse, so they decided to create checkpoints around Sweida,” he said.The Druse have previously repelled attacks near Sweida, which is located near the border with Jordan.In June, the Syrian Observatory for Human Rights, a UK-based organization that tracks the war, said rebels had been driven from an army base, which they had partly captured, by air strikes and Druse fighters from nearby Sweida.A Druse leader from Sweida city had said young men from there had helped recapture the disused al-Thala airbase.Islamic State has a presence near the Druse city and if the organization attacks, Safadi predicts that the Syrian soldiers based there will flee.Safadi said the Druse only have light weapons, but last month started to buy heavier arms from various sources.Questioned about Islamist State’s threat to Israel on the Golan Heights, Safadi said that for now there is no risk, but if Sweida falls, it will open up a pathway to the border.“This is another reason why Israel should protect the Syrian Druse,” he said.Reuters contributed to this report.