Speaking in English to Russia's state-backed Rossiya 24 channel, Asma Assad, a London-born former investment banker, did not say who made the offers. 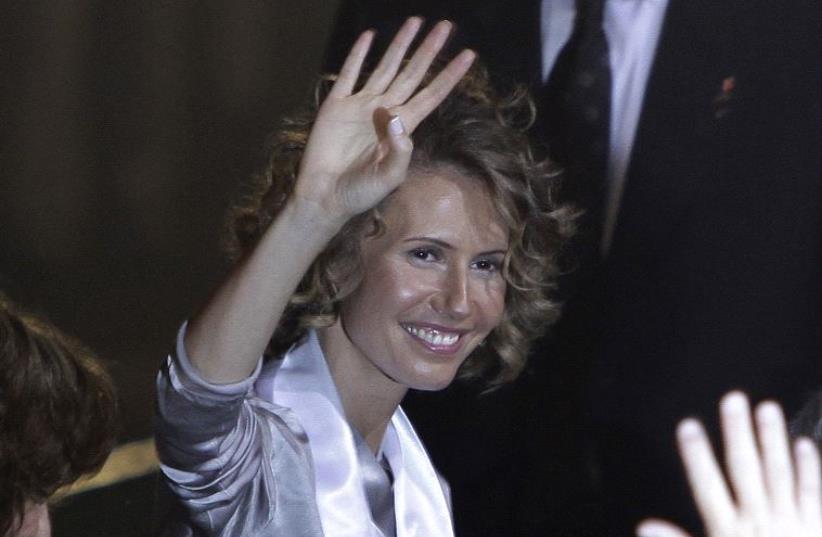 Syria's First Lady Asma al-Assad
(photo credit: REUTERS)
Advertisement
MOSCOW - The wife of Syria's President Bashar al-Assad said in an interview her husband's foes had offered her the chance to flee Syria in order to try to shake confidence in him, but that she had not left the country since the war erupted.Speaking in English to Russia's state-backed Rossiya 24 channel, Asma Assad, a London-born former investment banker, did not say who made the offers.But she said the people trying to get her to flee had not been Syrian and that their offers were "stupid.""I've been here since the beginning and I never thought of being anywhere else at all," the 41-year-old mother of three told Rossiya 24 in an interview broadcast on Tuesday."Yes I was offered the opportunity to leave Syria or rather to run from Syria. These offers included guarantees of safety and protection for my children and even financial security. It doesn't take a genius to know what these people were really after. It was a deliberate attempt to shatter people's confidence in their president."