The grand mufti criticized the Syrian rebel factions fighting against the Syrian regime, claiming they serve the joint Israeli-Western bid to ruin Syria. 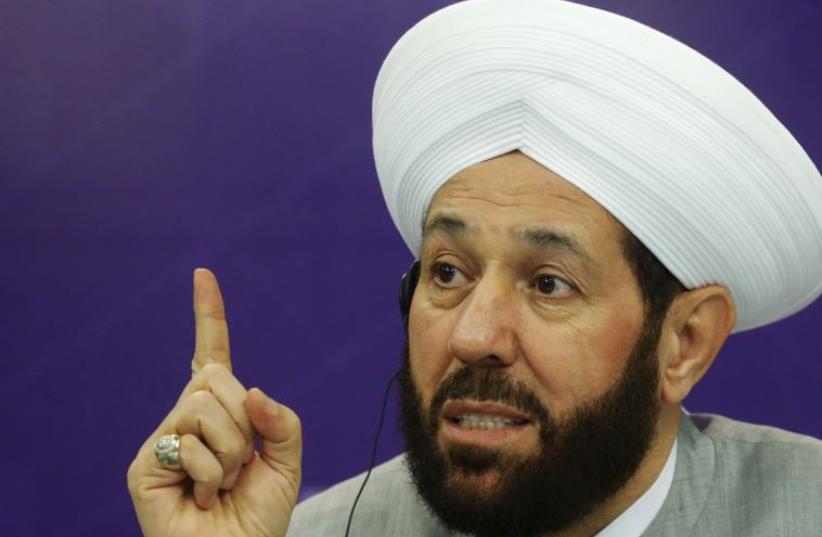 Syria's Grand Mufti Ahmad Hassoun
(photo credit: REUTERS)
Advertisement
The grand mufti of Syria claimed Monday that the Syrian leadership has recently been offered a deal according to which the rebels would cease their hostilities against the regime if the latter would come to terms with Israel.In a live interview with the Lebanese TV channel, al-Mayadeen, Grand Mufti Ahmad Hassoun said that since the civil war erupted in 2011, the Syrian leadership has recurrently been receiving offers to make a tit-for-tat deal to end the violent conflict. "Since the civil war started in 2011, we have been receiving unofficial offers to make a deal that would end it: 'If you announce you would end hostilities against Israel and if you expel the Palestinian resistance from your territory and cut your relations with Hezbollah, we would stop fighting against you," Hassoun said of the alleged deal offered to the Syrian regime.The grand mufti criticized the Syrian rebel factions fighting against the Syrian regime, claiming they serve the joint Israeli-Western bid to ruin Syria."Once, Sham (Greater Syria) was a vast territory extending from the Sinai desert to the Hejaz desert that was not divided into a small state. While previously it was France and Britain who divided Sham according to 'political borders', those who hit Sham today are Muslims who lost their mind and decided to prevent it from becoming a starting point for the liberation of Jerusalem," Hassoun stated.Reacting to reports according to which he threatened to dispatch Muslim jihadists in Syria to hit the West, thereby preparing the ground for the recent terror attacks in Europe, Hassoun strongly denounced the explosions in Brussels and Paris. What I told the West back then was: 'if you bomb Syria and Lebanon, you ignite a fire that will explode on you.' I did not threaten the West, but gave it advice, "Hassoun said.Hassoun blasted the Syrian jihadi organizations who slaughter Muslims in the name of Allah, arguing that they unknowingly serve Israel by waving the banner of Sharia-based rule."Those who want to establish a state governed by Islamic, Christian or Jewish law do not understand that in this way, they justify the existence of a Zionist religious state in the region. They do not understand that they serve the interests of this state," Hassoun said.The grand mufti criticized Arab states for implicitly abandoning the resistance to Israel by having their foreign embassies near Israeli embassies, denouncing the Palestinian Authority for holding the Donors Conference for Gaza in London."How can you hold your conferences in London, under the auspices of the state that issued the Balfour Declaration?" he asked, addressing the Palestinian Authority.Urging European Muslims to fight in Palestine instead of Syria, Hassoun said: "40,000 Muslims from Europe are fighting in Syria. Why do none of them go to fight in Palestine? Why doesn’t the Islamic coalition that is devastating Yemen and Syria fight in Palestine?"