The area of the new proposed city would make it one of the largest cities in the world. 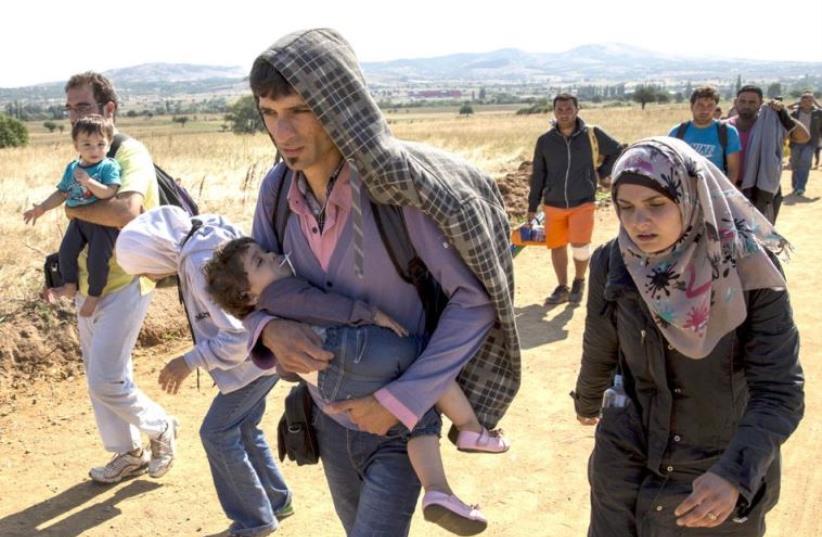 Syrian refugees walk along a road in Serbia, August 24, in an increasingly desperate journey to western Europe
(photo credit: MARKO DJURICA / REUTERS)
Advertisement
Turkish President Tayyip Erdogan has suggesting building a large new city in northern Syria as a housing solution for the millions of refugees that have been displaced by the Syrian war, AFP has reported. In a speech in Istanbul on Friday, the Turkish president that the new city would be located close to the Turkish border. He said that he discussed the idea with US President Barack Obama.   "I am going to tell you something. What is the formula? We found a city in the north of Syria," the Anatolia news agency quoted Erdogan as saying. Erdogan said that the city would be 4,500 square kilometers in area and its infrastructure could be built in cooperation with the international community.  The area of the new proposed city would make it one of the largest cities in the world by size. Turkey is currently home to an estimated 2.7 million Syria refugees, AFP reported.  In January, European officials Italy blocked a European Union plan to provide Turkey with 3 billion euros in aid in exchange for a commitment to stem the flow of migrants into Europe.  The plan is strongly backed by Germany, which is the final destination of most.