Defendant claims that Gollum is a "good" character in the films and the comparison therefore does not constitute an insult. Now the experts have been called in. 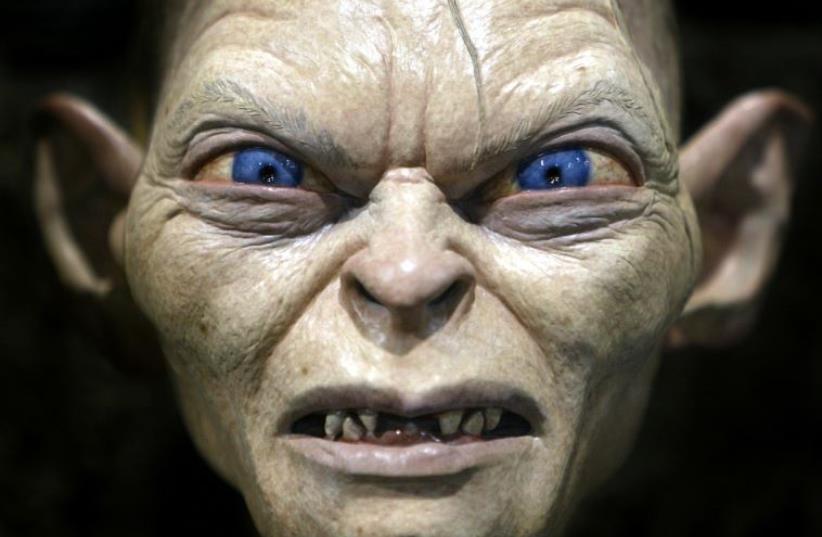 Gollum, a special effects creature from the movie 'Lord of the Rings'
(photo credit: REUTERS)
Advertisement
A Turkish man could face jail for sharing images which compare President Recep Tayyip Erdogan to the character Gollum from The Lord of the Rings films.According to Turkish Daily Today's Zaman, the court has now ordered an expert examination of the Lord of the Rings character in order to deem if the comparison is an insult.Dr. Bilgin Ciftci, a physician, lost his job at Turkey's Public Health Institution in October after sharing a series of photos showing the grotesque Gollum and Erdogan side by side in a number of similar poses.Ciftci was then charged with insulting the president and faces up to two years in prison.Today's Zaman quoted local Turkish media as reporting that the court has now ordered a team consisting of academics, behavioral scientists and a cinema expert to determine if the comparison to Gollum indeed constitutes an insult.According to the report, the judge's decision to examine Gollum's character came after the defendant's lawyer challenged the judge, asking him if he had even seen any of the Lord of the Rings films. The judge admitted that he had seen only parts of the movies and postponed the hearing of Ciftci's case to February.Ciftci has argued that Gollum is a "good" character in the films, and therefore the comparison is not an insult to Erdogan.