Unemployment among women in Jordan increasing 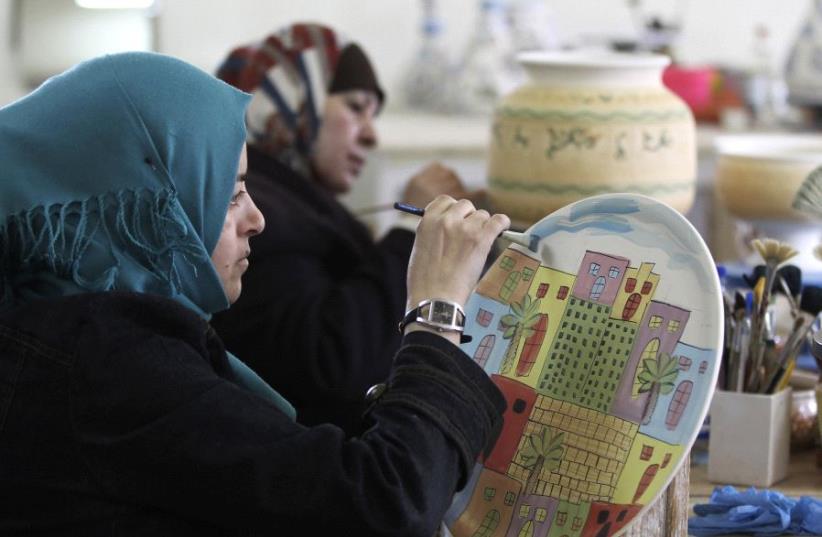 Jordanian woman at the Jordanian Hashemite Fund for Human Development
(photo credit: MUHAMMAD HAMED / REUTERS)
Advertisement
Like many women in Jordan, Fida al-Diq married just out of high school and soon had four children. Her husband is a Jordanian police officer. Now in her 40’s, and with grown children, al-Diq would like to find a job but isn’t quite sure how to do so.“I don’t have a university degree and most of the jobs require a degree,” she told The Media Line. “I married when I was in young and started a family early. I would have loved to open a cooking business, and I guess I could still do it now selling from my house, but I’m too tired. I don’t have the energy for that.”She said that many of her friends work outside the home and she sees them as strong and independent women.“I think working for women is very important in Jordan,” she said. “It gives women financial independence and power, helps her to develop her personality, and makes sure she won’t be bored when the children leave home. But for me, I think it’s too late.”New figures in Jordan show that women’s unemployment is growing significantly from a total of under 25 percent last year, to 33 percent so far this year. The overall unemployment rate in Jordan is also high, with over 18 percent out of work in the first quarter of 2017, according to Jordan’s Department of Statistics.One reason for the growing unemployment is the increase of Syrian refugees in Jordan. With a population of 9.5 million, Jordan hosts about 1.26 million refugees, according to UN figures. Many of these refugees are willing to work for lower wages than local Jordanians.In addition many women are working in the informal sector, selling things out of their homes. For example, one of Fida al-Diq’s friends opened a small business selling make up and women’s accessories. Women order online and she delivers to their home.In Jordan, women are highly educated and there are more female students than men in universities. But according to women’s rights organizations, there is still discrimination against women in hiring. Many employers prefer to hire men, either because men usually have to support a family, or because they believe that women will have to take more time off to care for family members.Gender inequalities in Jordan today also stem from traditional gender roles that have embedded themselves in Jordanian culture. “At the root of the barriers to women’s labor force participation are traditional attitudes that place a high value on women’s roles in the private sphere and within the family that is important in Jordanian society,” wrote the World Bank in a recent report. In some parts of Jordan, tribal values which say that men should be the breadwinner and women should stay at home remain in force. Women only received the right to vote in Jordan in 1974, and women’s organizations say that women are still seen as needing protection.There is an active civil society sector in Jordan and the US government is also financing programs to increase women’s employment. Increased employment, for both men and women, will contribute to Jordan’s stability. Click here for more from The Media Line.