US airlifts citizen Fakhoury from Lebanon in dramatic helicopter flight

Amer Fakhoury, a Lebanese man who is a US citizen, was at the center of US-Lebanon tensions. He was accused of working for an Israeli-backed militia in the 1980s and 1990s. 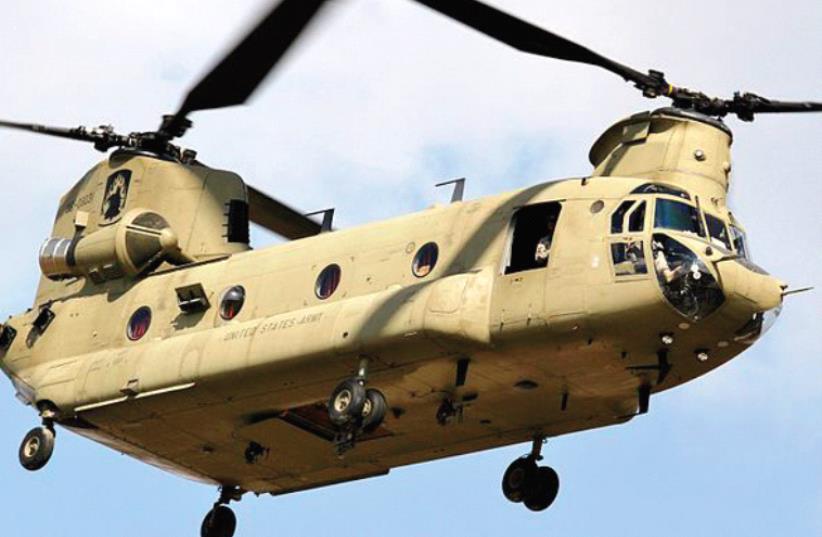 A US Army CH-47 Chinook helicopter
(photo credit: Wikimedia Commons)
Advertisement
Lebanon, which is closing down as coronavirus threats grow, saw a US helicopter arrive and leave from the US Embassy in Beirut on Thursday morning. Pro-Hezbollah media reported it had transported Amer Fakhoury, a Lebanese man who is a US citizen and was at the center of US-Lebanon tensions. Fakhoury was released by a military tribunal after six months of detention.
According to the AP, he was accused of working for an Israeli-backed militia in the 1980s and 1990s. He was released on a technicality after reported pressure from the US and threats of sanctions. He was accused of torture by the Lebanese for his role with the South Lebanon Army. He reportedly owns a restaurant in New Hampshire. US Sen. Jeanne Shaheen (D-NH) had followed his case closely.
Fakhoury visited Lebanon last September and was picked up by Lebanese intelligence and the military. The US supports Lebanon’s military with aid but is concerned about Hezbollah’s growing role in parliament and government.
On March 16, the military tribunal released him. The US State Department, White House and Congress reportedly have pressured Lebanon regarding his case. Locals complained that the US pressure resulted in him being released. Other reports said a judge had ordered a retrial, leading to fears he would be kept in the country.
Locals took video of a US Air Force Bell V-22 Osprey landing at the US Embassy in Beirut on Thursday and lifting off minutes later. Tony Badran, an expert on Hezbollah and Lebanon, wrote on Twitter that Fakhoury was picked up by the helicopter after being taken “hostage” last year.
“Fakhoury was released after Senators Shaheen and Senator Ted Cruz moved last month to sanction every official involved and their families,” he wrote.

In February, Shaheen said: “Amer Fakhoury is a US citizen being unjustly held in Lebanon. He is very ill & needs treatment in the US. Lebanon knows his detention is illegal. If he is not released ASAP, there'll be consequences. All options are on the table to bring him home to New Hampshire.”
Others in Lebanon, including Hezbollah supporters, are now tweeting condemnation of the move. One pro-Iranian account posted photos of the US Embassy after the bombing of 1983, an insinuation that the US would be threatened after the helicopter pickup. It is rare for the US to airlift citizens from the rooftops of embassies using helicopters. However, the closure of  Rafic Hariri International Airport on March 18 may have necessitated this method.
It was not clear where the Osprey helicopter was headed. The US has the USS Bataan as part of the Fifth Fleet, which has Ospreys aboard. But it was most recently seen in the Red Sea. An Osprey has a long range of more than 1,600 km. It could fly to within reach of where the Bataan is located or to another location.