For first time, US okays ground forces to fight ISIS in Syria 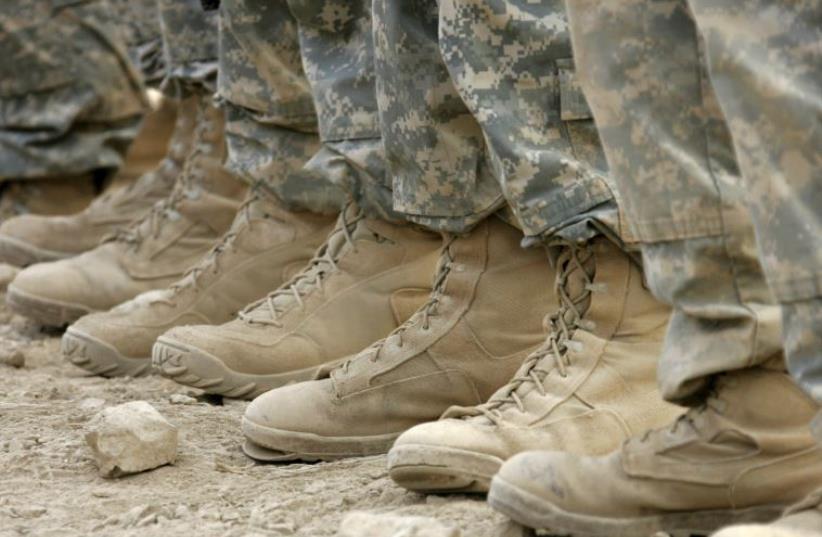 US soldiers [File]
(photo credit: REUTERS)
Advertisement
VIENNA/WASHINGTON - The United States disclosed plans on Friday to station its first ground troops in Syria for the war against Islamic State, saying dozens of US soldiers would be sent as advisers to groups fighting the militants.Washington announced the small special operations force shortly before 17 countries, the European Union and the United Nations called for a nationwide truce in Syria's civil war at talks in Vienna, attended for the first time since the conflict began in 2011 by President Bashar Assad's ally Iran.The United States said it would deploy fewer than 50 troops to northern Syria beginning in the coming weeks in an open-ended mission. Officials said the forces were not meant for front-line combat.The participants in Vienna, including the United States and Russia, said "substantial differences remain" though they agreed it was "imperative to accelerate all diplomatic efforts to end the war" and the ministers will reconvene within two weeks.In a rare hint of diplomatic progress, Iran signalled it would back a six-month political transition period in Syria followed by elections to decide Assad's fate, although his foes rejected the proposal as a trick to keep Assad in power.In addition to Assad's fate, on which delegates said no breakthrough had been expected, sticking points have long included the question of which rebel groups should be considered terrorists and who should be involved in the political process.In Washington, US officials said the small special forces contingent in Syria would work with local "moderate rebel" groups to fight against Islamic State, also known as ISIS or ISIL, and that it should not be considered a combat mission."The president has been quite clear that there is no military solution to the problems that are plaguing Iraq and Syria. There is a diplomatic one," White House spokesman Josh Earnest said in Washington.Earnest said the special forces' mission would be to "train, advise and assist" local groups, adding: "I think if we were envisioning a combat operation, we probably would be contemplating more than 50 troops on the ground."