Why an airstrike on Syria's Latakia Port matters – analysis

The Syrian port of Latakia was reportedly hit by an airstrike. The airstrike comes as Syria’s foreign minister was concluding a visit to Iran. 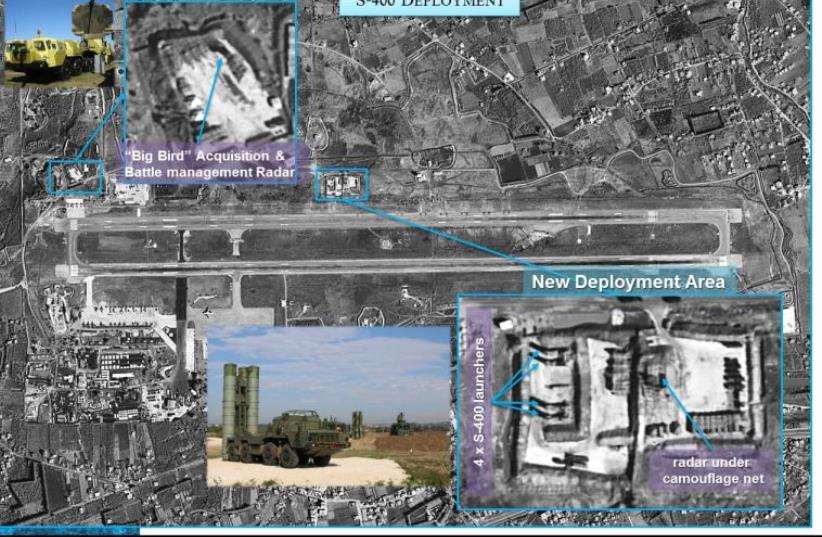 Reports of an airstrike in Syria’s Latakia could be a major shift and game-changer as the port is a sensitive area and key to the Syrian regime as well as its backers in Moscow.

First of all, reports of an air strike and the fact that Syrian air defenses were activated in the area are rare events. Syrian regime media SANA reported on the strikes and claimed shipping containers were targeted. Based on foreign accounts, the importance of this incident can be examined and contextualized.

“If confirmed that this was an Israeli strike on Latakia port, it would be somewhat significant news,” tweeted Tony Badran, an expert on the region and a Research Fellow at the Foundation for Defense of Democracies. “In July 2013, the Israelis reportedly struck a shipment of Yakhont missiles there, and again in October they struck other missiles meant for Hezbollah.”

Video from the area appeared to show a fire caused by the incident. An account online by Yoruk Isik, known as an expert and observer of maritime issues in Turkey, wrote that a ship of interest “sanctioned by the US Treasury for providing logistical services to Iran Ministry of Defense and Armed Forces, Islamic Republic of Iran Shipping Lines’ Iran flag container ship Artabaz transited Bosphorus towards Black Sea en route from Bandar Abbas and Latakia to Constanta.”

He writes that the strike area matches an area where this ship unloaded containers in late November. It was not possible to confirm this, but it is part of the wider speculation about what happened at Latakia port.

A motorbike burns after an airstrike in this screen grab taken from a social media video said to be taken in Idlib, Syria on July 16, 2019 (credit: WHITE HELMETS/SOCIAL MEDIA VIA REUTERS)

The airstrike comes as Syria’s foreign minister was concluding a visit to Iran, and the UAE’s National Security Adviser had just visited Iran. Press reports in the region had scant details.

No Iranian media covered the attack in the morning, hours after it happened. Russia’s TASS state media did not have a report. Al-Ain media in the Gulf reported only that Syria had claimed it repelled “an Israeli attack.”

Al-Mayadeen media, which is generally sympathetic to Iran, Syria and Hezbollah, had a more extensive report. It said sounds of explosions could be heard across the city. “Violent” explosions were heard around 1:32 am.

“A military source said in a statement to SANA that at around 1:32 a.m. today, the Israeli enemy carried out an air attack with several missiles from the direction of the Mediterranean, southwest of Latakia, targeting the container yard in the commercial port of Latakia,” it reported.

The source said commercial containers were harmed. Latakia Governor Amer Ismail Hilal told SANA that “the firefighting teams were able to put out the fires that broke out in the port’s container yard as a result of the Israeli aggression and are currently working to cool the site.”

Al-Mayadeen said that “Preliminary information about the Israeli attack indicates that the aggression was carried out through Israeli missiles launched from off the Syrian coast, within the territorial waters, targeting a dock containing a number of containers inside the port of Latakia city.”

According to this report, the Russians at Hmeymim air base nearby had “announced that [they] had monitored 10 bombing attacks by Jabhat al-Nusra – sometimes described in the West as al-Qaeda – elements in the Idlib region of the de-escalation zones in the northwest of the country.”

It wasn’t clear why this report was intermingled with the report about Latakia, except to paint a picture of alleged coordination and connection between the two.

The report also claimed that the last air strike was on November 24 when several soldiers were killed in Syria. “A few days earlier, the Syrian air defenses responded to missile aggression launched by Israeli planes from the direction of the occupied Syrian Golan, targeting an empty building south of Damascus. One of the hostile missiles was shot down.”

The air strike reports come amid other tensions in the region. Iranian-backed Houthi rebels in Yemen targeted Saudi Arabia’s capital on December 6 and Saudi air defenses were actively repelling the attack.Russia monitors closely what happens in Latakia. In October, Russia said that “militants from Syria’s Idlib de-escalation zone have opened fire several times on populated localities in Latakia and Aleppo over the past 24 hours,” Lt.-Gen. Vladimir Savchenko, chief of the Russian Center for Reconciliation of Conflicting Sides in Syria, told reporters.

In February 2020, TASS media in Russia said that “Syria’s missile defense forces are intercepting aerial targets near Jebla, a town close to the seaport of Latakia, the country’s state-run Suraya TV reported on Wednesday. Russia’s Hmeymim air base is located not far from Jebla.”

This is important because it notes the proximity and importance the area has for Russia. Russia has accused extremist groups in Idlib of using drones to target the Russian base. “On February 1, 2020, airspace control equipment of the Russian base detected a cluster air target of UAVs, launched from the militants-controlled territory of the Idlib de-escalation zone.”

The Russian reconciliation center later reported that “the base’s electronic warfare systems took over control of the UAVs and knocked them down by jamming their command-and-control systems.”

This shows that Russia has sophisticated air defenses in this area. Syria also has air defenses. In September 2018 a Russian Il-20 plane “disappeared during an attack by four Israeli F-16 jets on Syrian facilities in Latakia province,” TASS reported at the time.

SYRIAN AIR defense shot down the plane, claiming to be responding to an Israeli attack, but Russia pointed fingers at Israel for causing the dangerous situation.

Israel expressed sorrow at the time of the incident. An ammunition warehouse was allegedly struck, according to an ImageSat International analysis published in 2018. Russia later said it would improve Syria’s air defenses. In 2018, CNN reported this as a potential “blow to Israel.”

However, not much appeared to happen, and Syrian air defense continued to fire wildly, sending an S-200 toward Cyprus and also toward southern Israel over the last two years. In July, Russian R.-Adm. Vadim Kulit claimed Israeli F-16s struck an area in Homs province, and he made more claims in October.

According to Paul Iddon at Forbes, these reports raised eyebrows because they appeared to highlight new capabilities of Syrian air defenses.

It is important to understand the layout of this area. Russia’s Hmeymim air base, a center of operations for Russia, is only 25 km. from Latakia port. It is also around 50 km. from the Tartus naval facility that Russia maintains on the coast. From Tartus to Latakia port is around 85 km., or an hour’s drive.

This means that this is a small area. Air defenses in this area may range from 250 km. with the S-300 to 150 km. for the S-200 or shorter ranges with the BUK out to some 20 km. and the Pantsir, which has a range of 12 km. According to reports, Russia’s S-300 was deployed to Tartus years ago and the S-400 to Syria in 2015. These are sophisticated systems with long-range radar.

Previous reports indicated that Iran has sought to move advanced air defenses to Syria as well. In April 2018, Iran sought to move its third Khordad system to T-4 air base near Palmyra. The system was reportedly destroyed in an air strike that month.

A report at Alma Research and Education Center by Yaakov Lappin noted on November 16 that “Iran is attempting to smuggle its surface-to-air missile (SAM) system into Syria, as part of its ongoing efforts to entrench itself militarily in the country and turn it into a war front against Israel.”

Overall, the context is then clear. A very rare incident occurred in Latakia. This is a very sensitive area near Russian forces in Hmeymim and Tartus. So far, there has been no major media response in Iran or Russia, the two backers of the Syrian regime.

In the past, there has been controversy over air strikes and incidents in this region. The explosions heard in the area can be attributed to air defense interceptions, secondary explosions of munitions in containers, or the air strikes themselves.

Time will tell if satellite photos and open source information gatherers provide more clues as to what happened, or if regional media provide more reports.

The Syrian regime may appear to be humiliated after its foreign minister told Iranian counterparts on Monday that it would respond to this kind of aggression. This may also ruffle feathers from Moscow to other states in the region that want the Syrian regime to be more stable and able to control its airspace.