Yazidi politician in Iraq: What happened to my people was a genocide

The international community has abandoned my people, says Vian Dakhil. 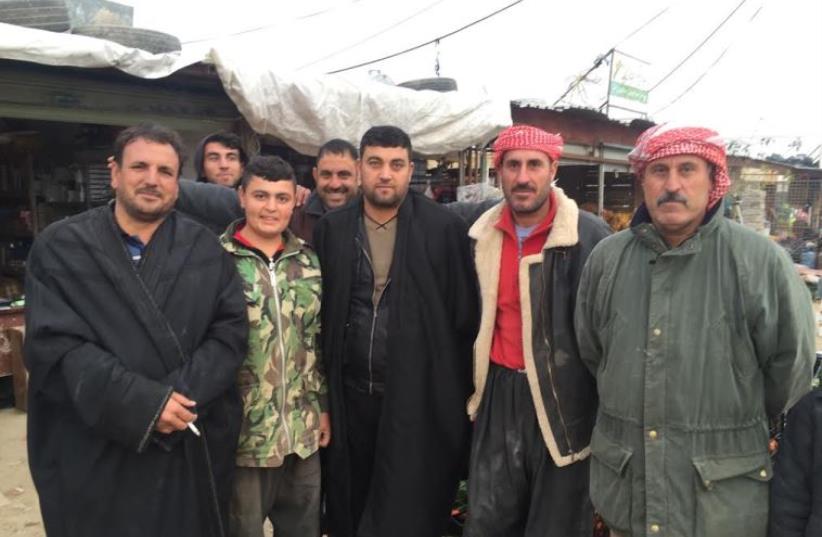 Yazidi men in Snune, one of the few villages some people returned to
(photo credit: SETH J. FRANTZMAN)
Advertisement
ERBIL, KURDISTAN REGION, IRAQ – “In the beginning, the international community and many countries did many things and they sent humanitarian help for the Yazidi people and saved the Yazidis for three or four weeks. But after that it decreased and decreased and finished in four months.”Speaking from her office in Baghdad, Vian Dakhil, one of two Yazidi members of the Iraqi Parliament, was one of the strongest voices for her community last year.On August 5, 2014, she gave an impassioned speech in parliament begging for anyone listening to care about the massacre of Iraq’s Yazidi minority by Islamic State.When Islamic State overran the area of Shingal and northern Iraq in August of 2014, it targeted Yazidis for extermination. Women were sold into slavery and given out to ISIS commanders in an unprecedented act of brutality.Men were lined up and shot in the back of the head and buried in mass graves. Khairi Bozani, the head of the Yazidi Affairs Office of the Kurdistan Regional Government, says 3,400 women, girls and young boys are missing and 1,882 men and elderly women are believed to have been murdered by ISIS. 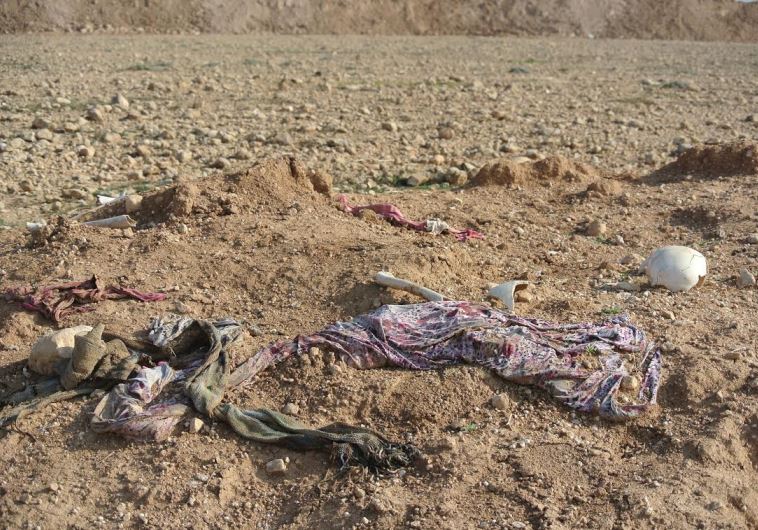 A mass grave recently uncovered west of Shingal (Sinjar) city in northern IraqYazidis are a minority group that practices a secretive religion and have been targeted over the years by Islamist extremists. Most Yazidis say they have suffered 73 genocides over the centuries.Dakhil says the international community has abandoned her people. “Eightyfive percent of the Yazidi are refugees now and the UN has decreased aid for them.We have 3,400 women kidnapped by ISIS and we need support...including for those Yazidi who want to leave the country [for Europe]. Refugee camps need food, [clean] water, hospitals and schools.”Basic services are lacking, such as psychological support for the women released by ISIS who have suffered trauma and sexual violence.“It has been one and a half years and the situation is very bad, worse than in the past,” says Dakhil. When ISIS overran the area in August it met with stiff Kurdish peshmerga resistance near the town of Rabiah on the Syrian border.“Eventually the peshmerga pushed ISIS back over hundreds of kilometers, liberating Yazidi villages. But 300,000 people are fearful to return. I don’t think the people will be able to return.“We have some who returned to Snune [a town], but these are not families, mostly men who went back to see what happened to their homes. I don’t know if it is a good time to return, everything is destroyed and we don’t have services there.”Dakhil says the Iraqi central government is not doing enough to support the people.“Many countries sent money through Baghdad, but because of the corruption and also some bad people, most of the money was ‘lost.’ We don’t know where it went.”But she is adamant that the Iraqi people is sympathetic to the plight of the Yazidi. “Especially the Shia, they care about this issue and some Sunni [Arabs] care, but the government doesn’t.”The Iraqi government is today dominated by Shia Arabs who are the power force in Baghdad.In contrast to Sunni extremists, Shia groups have tended to have better relations with minorities in the region, including Christians and other groups.“The Kurdistan Regional Government has done the most support for Yazidi people and help families get back girls. But the KRG needs the international community,” she says.Yazidis speak Kurdish, and Dakhil is a member of the Kurdistan Democratic Party (KDP). The KDP has been specifically involved with the issue of supporting Yazidi in the aftermath of the massacres by ISIS.“I want recognition [of what ISIS did] as genocide. ISIS killed men and kidnapped women and killed girls and boys, separating children from mothers and did all bad things,” Dakhil says.She compares what has happened to the Yazidis to the Holocaust.“It is the same. In the Holocaust the people were Jewish and it [for us] was just because they were Yazidi – it was due to religion.”Dakhil links the killings to a history of persecution. “It began in 2003 [after the US invasion of Iraq]. Many Yazidi farmers were murdered in Mosul by al-Qaida and radical groups and in Tal Afar.”Mosul was one of the cities to support ISIS early on, in June 2014, and along with Tal Afar is still in the hands of ISIS.Dakhil’s life story is linked personally with the tragedy.She was born in Shingal and is 41 years old. She recalls that in the era of Saddam Hussein Yazidis were suppressed because they spoke Kurdish.Her family fled into exile in 1974 because of Saddam’s regime. But she says the security situation was better than after 2003. She also faces hurdles as a woman in politics.“In this situation in the Middle East in general, you know the man always comes first, but in this case I did something that many men cannot do,” she says, in terms of representing her community and braving the situation. She says she feels in danger at all times.While she gained some attention in 2014, her main message is that the crimes of ISIS against Yazidis and their suffering in refugee camps is ongoing.“I want the international community to know that this is not finished, this is current, the girls are still with ISIS and we have refugees living in winter and they are in bad conditions.”
Advertisement
Subscribe for our daily newsletter