Seven-year-old David Khashdi helped his great-grandmother to safety seconds before a rocket hit near their home in Ashdod. 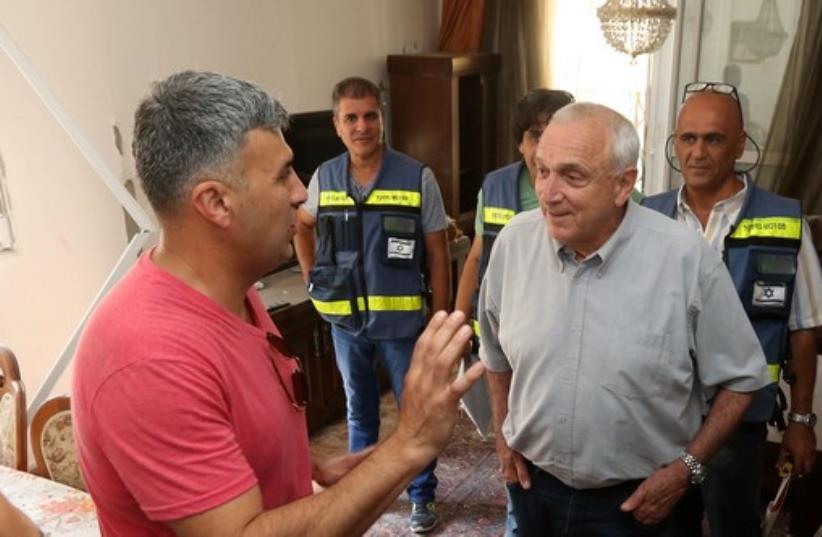 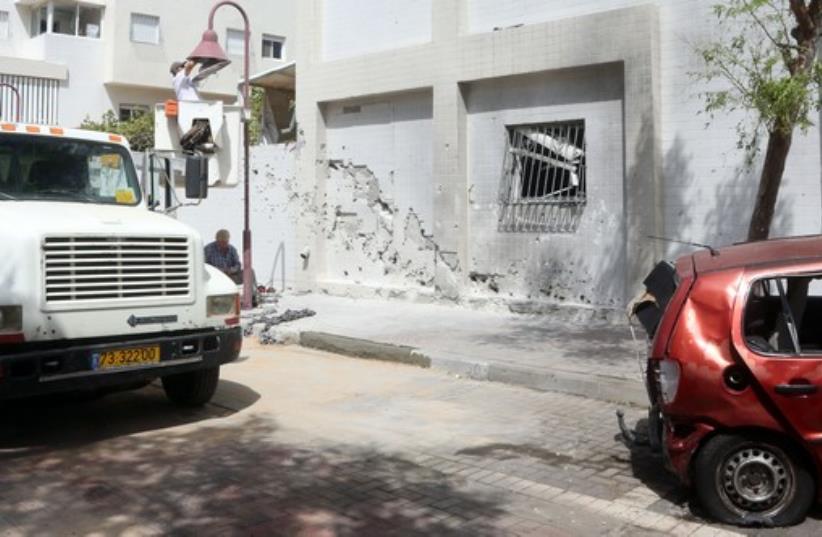 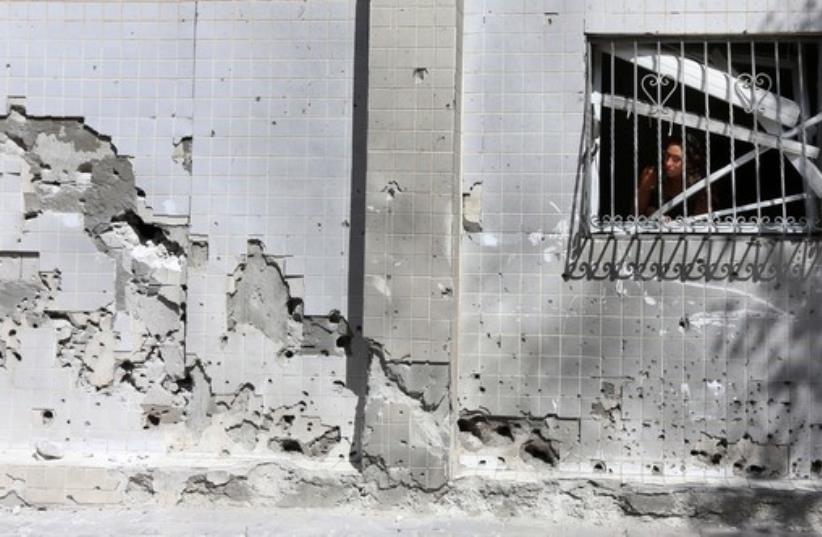 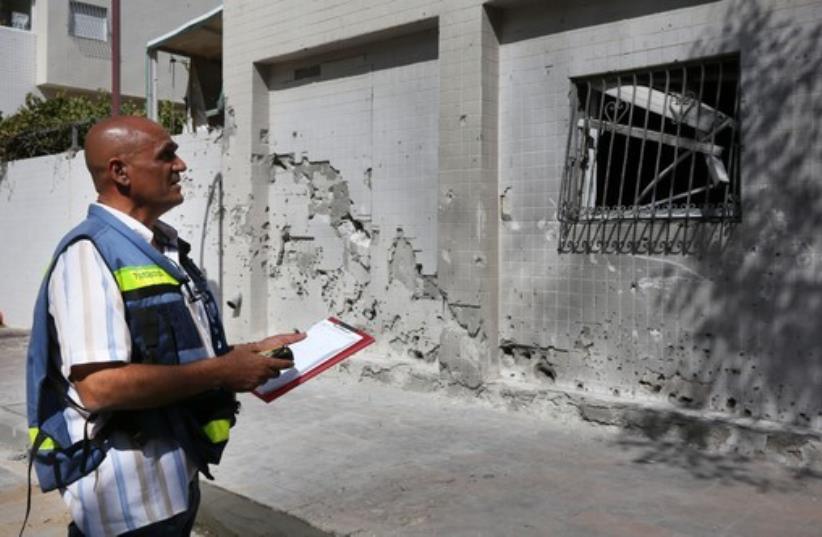 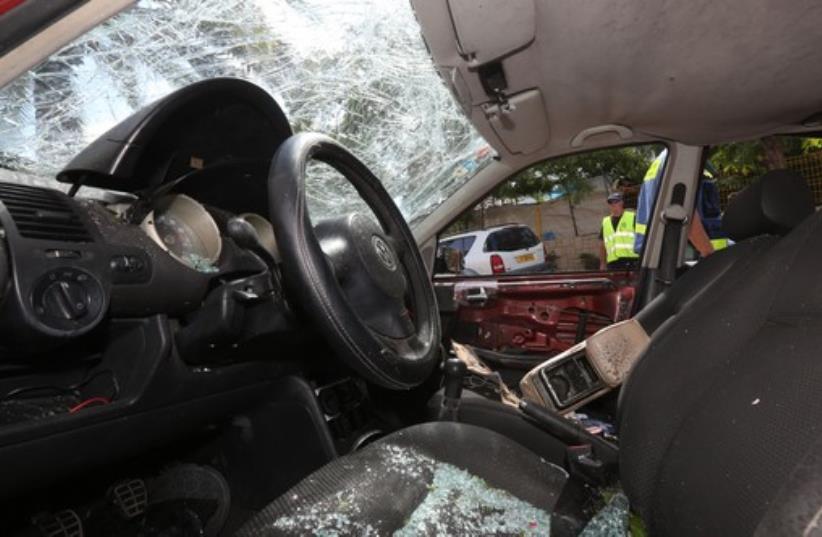 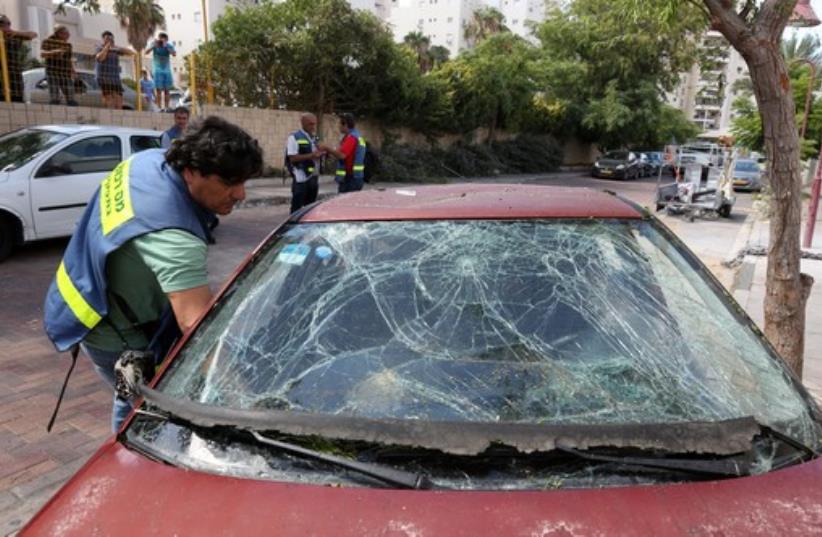 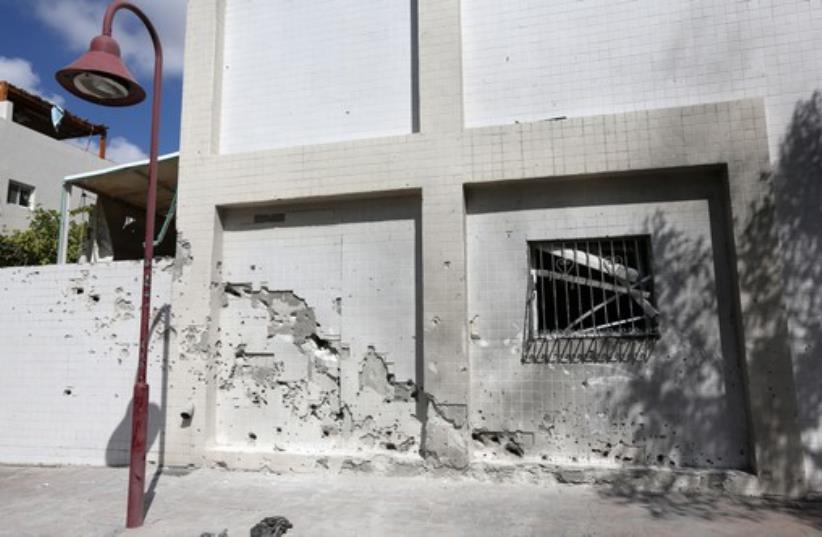 A rocket hit in Ashdod (Photograph: MARC ISRAEL SELLEM/THE JERUSALEM POST)
Advertisement
David Khashdi, seven, likely saved his great-grand-mother’s life on Monday afternoon when he helped her into the protected room in her Ashdod home, seconds before a rocket hit the road outside, shattering all the windows on the bottom floor and blasting a hole in the living room wall.Sunlight now streamed through the hole and onto the broken china that had smashed from the wooden cabinet to the floor during the attack.An immigrant from the Caucasus region, Fiala Danilov, 75, knows Russian but not Hebrew. So it was her son, Naftali, who spoke with reporters, politicians, police, and city workers to explain what happened.The air raid siren sounded while his mother was in the kitchen and her great-grand-son, David, watched television in the protected room, Naftali said.“My mother didn’t hear the siren. So [David] called out to her and then helped her into the protected room, just as the rocket fell,” he said.They were not able to close the door in time, so as glass fragments flew across the room, a few shards cut David’s leg. He was treated at a local medical center and released.“They were very lucky,” Naftali said.Naftali stood on an oriental carpet, littered with small glass shards. Plaster dust from the wall covered the sofa and chairs. He was tall, with silver hair. He wore jeans and flip-flops. Brown sun-glasses hung from the collar of his red T-shirt.His mother, still in her nightgown and slippers, worked with her daughter to sweep up the room. David was no longer in the house. Outside police had placed red tape around the area where the rocket landed. The force of the blast was so strong that it pockmarked the outside wall of the Danilov home and totaled a parked car. The red vehicle flew into the air and landed half on the sidewalk and half on the street, its windshield shattered.Neighbors milled about and television crews set up cameras. Public Security Minister Yitzhak Aharonovitch came to survey the damage.At one point in the afternoon, a siren wailed again. More than a dozen people ran quickly into the Danilov home and hid briefly in their protected room.The Danilov house was only one of a number of homes and apartments damaged by the rocket, which landed in a densely populated area of the southern city. Next door, the Shochat family also counted their blessings.Elisha Shochat believes that God intervened to save his life on Monday afternoon. He has scoffed at the idea of entering a protected room, even though he has one in his home complete with a bed and a television. His wife, Leah, said that she always runs into the safe room, but not her husband.“He never goes in. I go in, but he never goes. He says you go in,” she recalled.Instead, Elisha often remains at his computer, which is set up between the kitchen and the living room, next to a set of windows.Early Monday afternoon, Elisha said, he had returned home after dropping his wife off at a manicurist and gone back to his computer when the siren went off. For reasons that he cannot explain, he got up from his chair and entered the protected room.“I don’t know why. It was God,” he said, as he held up his hands and looked up toward the ceiling.From the protected room, he heard a large explosion and the whole house shook, he said. “I could hear breaking glass,” Elisha recalled.He waited ten minutes, precisely as the Home Command has instructed people to do, and then he walked out and saw the dam-age.“I was shaking,” he said. Then he saw that all the windows along the back wall of his house had been smashed on each of the home’s three floors. Shattered glass still lay strewn across the stone tiles, on the chairs and the sofa, and the walls were pockmarked from rocket shards.“I was in shock,” he said. Immediately he called his wife. She had been walking home from her manicure when the siren went off. Immediately, she ran and hid under a neighbor’s stairwell.“He called and said, ‘Come home quickly,’ ” she recalled. He also called his son, Shaul, who was working in Hollon, but left his job to return to his parents’ home.They now sit with Elisha in their living room, as they speak with The Jerusalem Post. Elisha, who wears a black kippa and short sleeved striped polo shirt, said that in the last few hours since the rocket fell, he has imagined what might have happened had he stayed by his computer.“If I had been there, I would have been thrown by the force of the blast,” he said. “It’s a miracle from God.”His wife agreed. “God looked out for him,” she said.