An employee of singer, his father to remain in custody; victim central to case still missing.

By BEN HARTMAN
Eyal Golan
(photo credit: Hadad Eliran)
Advertisement
Police will not ask to renew the house arrest of singer Eyal Golan and two other suspects in a statutory rape investigation, officers announced on Sunday.The three men began five days of mandated house arrest last Wednesday night, after they and two other suspects in the case underwent nearly 15 hours of questioning at Tel Aviv police headquarters.The police's decision not to seek an extension for Golan's house arrest was mainly due to one of the girls in the center of the case deciding to retract her testimony against Golan and his father, Israel Radio reported.The girl said she did not have sexual relations with Golan as she previously claimed, and while she did have sexual relations with his father Dani Biton, she did not receive payment for it.Israel Radio quoted sources close to the girl as saying she got nervous from the investigation and made up the allegations.The other two suspects – Golan’s father Dani Biton and Golan’s employee Tzahi Asulin – have remained in police custody since then, and saw their remands extended by a further four days after a court hearing on Sunday. 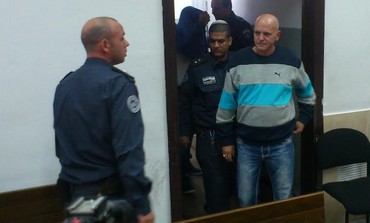 Police believe that the most serious offenses in the case involve Biton and Asulin, who they believe gave money and gifts to underage girls in order to have sexual relations with them.Police said they had passed their investigative findings against Golan and the other two suspects on house arrest – a well-known radio station manager and a Tel Aviv area promoter – to prosecutors to decide how to proceed against them.They added that they had also called popular singer Omer Adam in for questioning on Sunday, but solely in order to gather information, not as a suspect.During the court hearing, a police representative said that suspect Tzahi Asulin knew the age of one of the complainants, a 17-year-old girl, because he is a relative of hers. Police also said that there are witnesses who linked him to using drugs with minors, including a girl younger than 16.As for Biton, Golan’s 61-year-old father, police said that at least one underage girl said she had had sex with him, and that he is also suspected of giving her money and gifts.Regarding a claim that the girls worked in prostitution before Biton met them, the police officer present said that investigators had already heard that claim from Biton. The lawyer asked if police had investigated the Tel Aviv strip club where two of the girls allegedly worked, to which he said that they had not.At the end of the hearing, Judge Shmuel Melamed ordered both Biton and Asulin kept in custody for four days, but ruled that at the end of that period both would be set free to house arrest. They both had to post bond and agree not to make contact with any of the complainants or leave the country for 180 days.Tzion Amir, one of Tzahi Asulin’s attorneys, said that “the judge highlighted in his ruling the over-enthusiasm of the police. It’s true that they extended the remand by a few days in order to finish the investigation, but the judge also ruled today that they will be released. I am sure that the case is getting back to its proportions, at least for the suspect I represent.”Police said Sunday that they have still not found the 15-year-old girl central to the case who ran away from home late Thursday night. They added that they do not believe she is in danger, and that she fled because her parents wanted to put her in a boarding school at the beginning of the week.JPost.com staff contributed to this report.