A gentleman and a rabbi 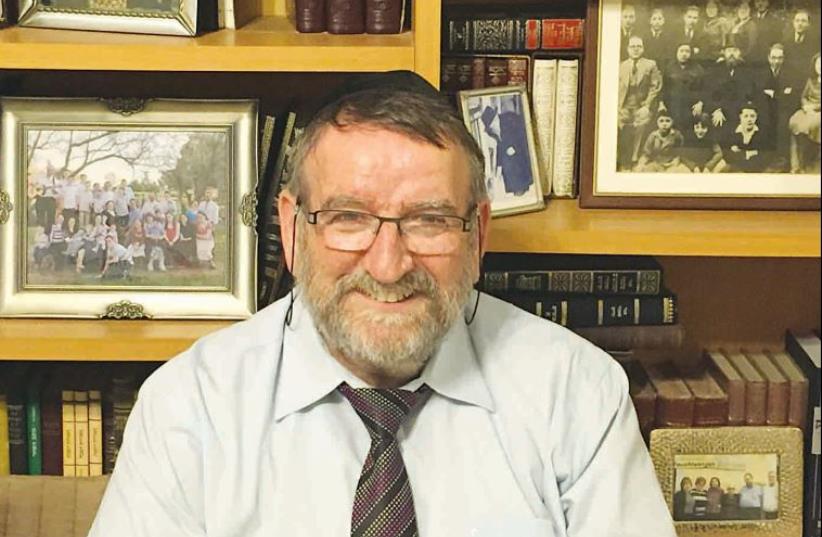 Chaim Fachler
(photo credit: GLORIA DEUTSCH)
Advertisement
Chaim Fachler does not conform to the stereotype of an Orthodox rabbi. The product of an English public school (for Americans read “very private”), he speaks with a posh English accent, can tell jokes like an experienced comedian and is almost always smiling.His position as the pulpit rabbi of South Netanya Ashkenazi Congregation is just something he does on the side and is all voluntary. His real job is being in charge of the international resource department of Mayanei Hayeshua Medical Center in Bnei Brak.“That’s a euphemism for fund-raising,” says Fachler, the grin very much in evidence.He’s been doing that for two years now, traveling abroad in the UK and the US to start groups of Friends of Mayanai Hayeshua. Plans are afoot to do the same in Canada very soon.The hospital, which was founded in Bnei Brak in 1990, is a cause that he feels very strongly about. One gets the feeling that when he talks about it with potential donors, he has no problem communicating his enthusiasm to get the needed results.“Until it was built, there had been no hospital in Bnei Brak,” he recounts. “But there had always been a high birthrate in the town, and women had to travel to Petah Tikva or Tel Aviv to give birth.”In the late 1980s, Dr. Moshe Rothschild, a Zurich physician, planned the hospital and raised the money to build it almost single-handedly.It has grown immensely since those early days and went from being a maternity hospital to a general hospital within five years of its opening.“Today it is the fastest-growing hospital in the country,” says Fachler. “Among other major improvements, we’ve added three new delivery rooms, another operating theater, and a new pediatric department. We offer mammographies, we have 12 dialysis units and a high-risk pregnancy department.”When Rothschild realized that he could no longer single-handedly raise the money needed to run such an institution, Fachler was brought in. With a CV that included years of fund-raising for Laniado Medical Center in Netanya (a similar hospital run on Orthodox lines) it was felt he was the right man for the job.Fachler was born in Letchworth, England, where his father had come as a Kindertransport refugee and his mother’s family had settled. His father, who died recently, owned a kosher butcher shop in the town.Letchworth itself is interesting, being the first garden city ever built in the UK and the model for many other places offering a clean and pleasant environment for housing, with industrial areas shunted aside.“Many Jews came to live in Letchworth after the war and that was where my parents met,” says Chaim.With no Jewish school in the town, Fachler senior sent his boys away to boarding school – Carmel College to be exact.This was an exciting venture in the ’60s in Britain whereby a forward-looking rabbi by the name of Kopul Rosen established what he hoped would be the Eton and Harrow of the British Jewish community – a public school that would raise young English gentlemen versed in both Torah and secular education.“I went to Carmel thanks to a scholarship,” recalls Fachler. “I had a phenomenal secular education there, learned to appreciate sport and graduated with 15 O-levels and three A-levels in the GCE – but Yiddishkeit-wise, it was a disaster.”Feeling strongly that he needed to strengthen that side of his education, in 1968 he came to Israel, studying at Tifrah in the Negev for three-and-a-half years. He completed his studies at Mir Yeshiva in Jerusalem, spending another year-and-a-half and gaining smicha – rabbinical ordination – there.“These were the best years for me,” he recalls. “I loved the atmosphere and the yeshiva life.”Staying in Israel at this point became impossible, as he had to return to England to help run the family business. It wasn’t until 1977, when was already married to Judith, that the family made aliya with two little girls, aged three and one.“Before I took the plunge, I came on a pilot tour and was offered a number of jobs,” he recalls. “The most practical one was running a supermarket on a moshav and buying into the business.I’d had experience in my father’s shop, so I did that for several years.”In 1980 he moved from selling food to selling ideas, becoming office manager in the public relations department of Laniado and quickly going into the business of fund-raising. He worked at Laniado for many years until he was head-hunted for Mayanei Hayeshua two years ago.His activities at the Netanya congregation are an extension of his social life since finishing his yeshiva education.“I’ve always given shiurim [Torah lessons] to friends, and been the rabbi figure within my social circle,” he says.When the congregation’s founders asked him if he knew anyone who could be a spiritual leader to an English-speaking community, he volunteered himself, and nowadays walks the 35 minutes it takes from Netanya proper to South Beach every Shabbat to give a sermon in English and help with the services.He and Judith are blessed with five children and 27 grandchildren.“And they’re all here in Israel,” he says, the smile stretching from ear to ear.