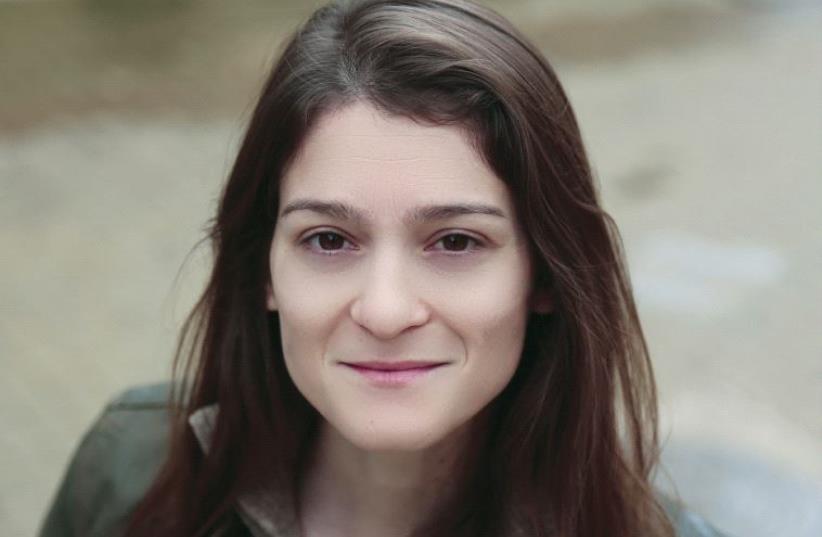 Sarah Weil
(photo credit: DAVID ABITBOL)
Advertisement
‘The stabbing and murder of Shira Banki changed my life,” says Sarah Weil, gay activist, founder of The Women’s Gathering and an active volunteer in the Yerushalmi Movement.The idea of the Yerushalmi Movement, founded in 2009, was to promote pluralism in the city.“For the first six years of activity, there was a fear that secular liberalism was under attack and would disappear,” she says.“We ran a citywide campaign against the silencing of women, or the erasing of women in the public sphere. For instance, we led the campaign to put women’s pictures back on the Egged buses after they had been barred under haredi pressure.”She feels that everyone in the community benefited and not just the LGBT residents.“For six years our strategic goal was to use our connections to make changes on the ground,” she says.She cites the Zion Square initiative as an example of changes brought about by the community. Gay activists approached the Jerusalem Municipality with a request to turn the square, often the scene of much violence and racism, into a Square for Tolerance and Dialogue. An architectural competition was held and the square was rebranded with a new, tolerant image.Following the shocking murder of Shira Banki, the Yerushalmi Movement switched its activities more in the direction of gay rights.Weil was born in 1983 into a Reform Jewish family and says she came out to her parents at the age of 14. At 18 she left to study at Brandeis University for a year, then lived in Italy, where she studied comparative religion with a Catholic priest and learned the notion of “mitzva,” which appealed to her because it was doing something practical and not just a belief.She made aliya in 2005.“I came from Rome to Jerusalem,” she says with a smile.She was active in gay rights from the beginning, joining the long-established Bat-Kol religious lesbian organization.Then she founded her own group, the Women’s Gathering.“In Bat-Kol I felt very much an outsider, being both a new immigrant and a ba’alat teshuva [returnee to religion],” she says. “Because I didn’t have the language or culture I felt I didn’t fit in. On the other hand, it gave me hope that I would integrate and not have to hide my gay identity.”Growing up in California, she knew nothing of the haredi world, and when she discovered it, through studying at Nishmat: The Jeanie Schottenstein Center for Advanced Torah Study for Women, she felt anger at her upbringing.“Here was this incredible tradition which I had never been exposed to,” she says. “I had been denied a Jewish education.”She became a member of an Orthodox community and once again had to go back in the closet, dressing appropriately instead of in the torn jeans she preferred.“But I was happy among the haredim,” she says. “I was taken care of and welcomed.”She describes how living in the haredi world meant sublimating her sexuality totally, which was difficult.“I was celibate at the time,” she says.However, the studies, which she enjoyed, made up for any sense of deprivation she might have felt.Five years ago she returned to the Jerusalem gay scene and started the Women’s Gathering so that fellow lesbians would be able to enjoy an evening out together without being harassed.“We had to create our own social life; there were no gay bars in Jerusalem at the time,” she says. “The one bar that had existed closed down.”She became very active and the club attracted thousands of women.“They came from all sections of Israeli society – an entire spectrum of religious and political beliefs and ages who would generally never meet,” she says.The gatherings offered activities founded on arts and culture.“We were not raising a flag,” says Weil.But after the stabbing, during the rally that she attended, something affected her and she became much more militant.“I took a massive gay flag with a Star of David, and went to the Zion Square rally,” she says. “Young haredi men came too, to taunt us. But we started a dialogue. It was the first time haredim spoke openly with gay people.”When Shira died, a public shiva was held every day until three or four in the morning.“The emotion changed my life,” says Weil. “It rocked Israeli society, but at some point it opened the way to dialogue and mutual recognition.”Project “Meeting Place” was launched in which every Thursday night discussions are held on music and art that bring different factions together.“We are trying to heal our fractured society,” she says.Coming to live in Israel gave Weil a feeling that she has a place in Judaism, as religious yet gay.“To live here is such a huge gift,” she says. “I feel so blessed that I have a community around me and I live in this amazing, life-affirming society. I feel that so much is possible here.”On July 19, a big memorial event held in Zion Square in honor of Shira Banki was attended by rabbis and many Knesset members, including opposition leader Isaac Herzog. For Weil it is a vindication of all she has fought for and a promise of a better future for the LGBT religious community in Israel.