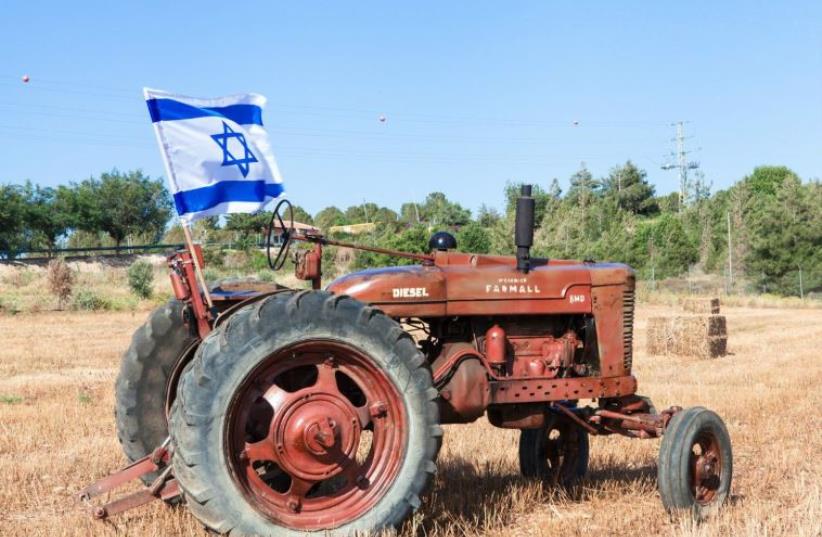 The tractor previously owned by late, former prime minister Ariel Sharon
(photo credit: EBAY)
Advertisement
Have you ever wanted to drive like a head of state? Perhaps now there is a chance. A farm tractor previously owned by late, former prime minister Ariel Sharon, is up for public auction on eBay with a starting bid of $20,000 (NIS 76,750). The two-and-a-half ton, brick-red vehicle was the first tractor belonging to Israel's 11th premier. He used the tractor prior to his tenure as prime minister while working on his family's Shikmim Farm in the Negev during the years 1968-1974.
Ariel Sharon"s tractor on eBay for $20,000
Years later, while serving as prime minister in 2005, Sharon recognized his "friend" the tractor while delivering a speech at a ceremony in the northern Gilboa region. A plaque commemorating the tractor's renowned former owner is located on the vehicle's front axle. "This tractor worked in the famili [sic] farm of Ariel Sharon prime minister of Israel," reads an English inscription accompanied on the golden fixture by a similar one in Hebrew. Nir Sadan, the tractor's current owner, bought the vehicle in 1990 from the farmer who had originally purchased the "Mccormick"-brand machine from Sharon."I'm honored to be part of the chain which serves to perpetuate the legacy of this amazing man, who contributed so much to Israel," Sadan said in light of his decision to sell the possible collector's item.The listing is due to end on September 3, and as of early Monday afternoon the auction had not yet garnered any bids.