Despite feminist claims of discrimination, women have a prominent presence in Baroque works 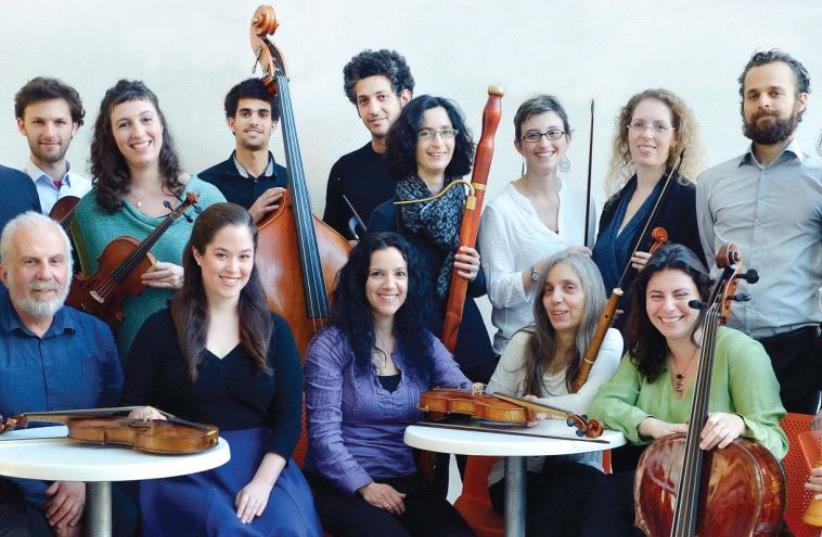 The Jerusalem Baroque Orchestra’s 2016-2017 seasons starts next week
(photo credit: Courtesy)
Advertisement
Despite feminist claims of discrimination, women have a prominent presence in Baroque works, such as Monteverdi’s Arianna, Purcell’s Dido, de la Guerre’s Judith, Handel’s Lucrezia and more, performed by the Jerusalem Baroque Orchestra, conducted by David Shemer.Their outstanding roles are not only laments, as those of Arianna and Dido, but also highly dramatic ones, such as that of Lucrezia.The performance’s pleasant surprise was the relatively unknown young soprano Shaked Bar. Not only did she endear herself via an uncommonly appealing pure and bright voice, but she also reached even the highest notes effortlessly, without strain and with caressing softness. Breakneck colofaturas were rendered with well-lubricated elasticity. Arianna and Dido’s laments were expressed with moving gentleness, and Handel’s Lucrezia with magnificent dramatic expression, without gliding into shallow theatricality.The orchestral works by Locatelli and Handel were performed with enthusiastic liveliness. Violinist Noam Schuss and cellist Orit Messer-Jacobi excelled in their solo parts.JBO
Feminine Baroque
YMCA, May 11