El Chapo wears Jewish fashion designers, and you can too

This was an incredible stroke of luck for two Iranian-Jewish brothers in Los Angeles. 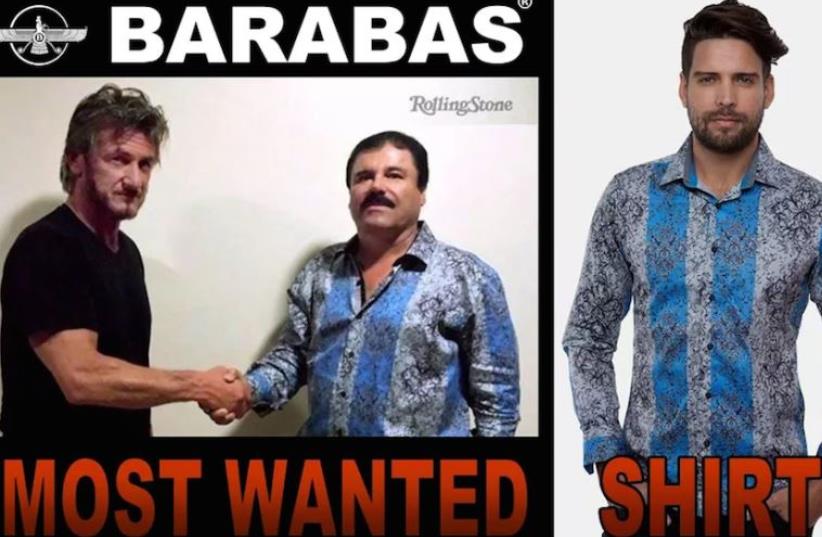 The Barbaras advertisement
(photo credit: SCREENSHOT FROM BARBARAS’ WEBSITE)
Advertisement
A schmatta, it’s not.Infamous Mexican cartel boss Joaquín Guzmán — better known as El Chapo — is in the news after a widely publicized interview with Sean Penn in Rolling Stone magazine led to his capture (again). In the days that followed, photos of the actor and the drug kingpin circulated around the world.According to the Guardian, this was an incredible stroke of luck for two Iranian-Jewish brothers in Los Angeles. In one photo with Penn, Guzmán is wearing an ornate gray-and-blue striped button-down shirt that’s overlaid with a black paisley-ish pattern designed by the brothers’ company, Barabas.“We’re excited because he could buy anything, he could buy Versace, any other brand, but to choose our brand, our designs!” owner Shawn Esteghbal told the paper.The phrase “Most Wanted Shirt” touts Barabas’ homepage, which depicts the famous photo — of a mustachioed Guzman, wearing Barabas’ “Fantasy” button-down shirt shaking hands with a scruffy Penn — accompanied by a photo of an equally scruffy model sporting the shirt same shirt as Guzman, in what can safely be assumed a smaller size.Rolling Stone has also released a video of Guzmán’s response to Penn’s questions. In it, El Chapo wears a similar shirt, also by Barabas.Perhaps ironically, Barabas’s motto is “Good words. Good thoughts. Good deeds.”Whether or not this unexpected publicity will advance the brothers’ mission remains a head scratcher — but it has undoubtedly been good for business: The shirt, which retails for $128, is currently on backorder.