Made in Israel: 3D scans confirm Israelite origins of the ancient 'Hippo' jar

Hebrew University of Jerusalem archaeologists use new technology to unearth containers dating back to the Iron Age.

By ORTAL HARUSH, HEBREW UNIVERSITY INSTITUTE OF ARCHAEOLOGY
AUGUST 13, 2014 17:11
Storage containers known as “Hippo” jars
(photo credit: HEBREW UNIVERSITY INSTITUTE OF ARCHAEOLOGY)
Advertisement
JPost Holy Land is a new column that will bring you the latest archaeology news and stories from Israel in collaboration with The Institute of Archaeology at the Hebrew University of Jerusalem.We’re all familiar with the kinds of archaeological research seen in movies and television — digging the earth, brushing the dust away, and examining artifacts up close. But these days, we can learn even more about ancient artifacts by combining traditional archaeology with cutting-edge technology. At the Hebrew University’s Institute of Archaeology, researchers were curious to know more about a type of storage container that began appearing around the late 10th or early 9th century BCE. Due to their large swollen bodies, they are dubbed 'Hippo' jars.To probe the deep secrets of these ancient jars, the researchers — Prof. Amihai Mazar, Prof. Uzy Smilansky, and Dr. Avshalom Karasik — went beyond traditional techniques by conducting a series of scans with 3D scanners and advanced computation. 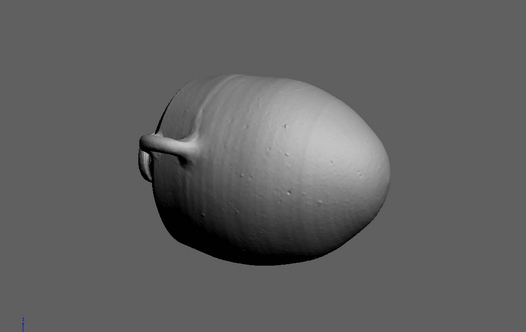 Storage containers are one of the main types of ceramic that have been produced and used since pottery was invented. Throughout history, the need to collect, store and distribute large amounts of agricultural products has influenced the shape of jars. During the first millennium BCE, new kingdoms were established in southern Levant: Edom, Ammon, Moab, Israel, Judea and Philistine. Those kingdoms required a bureaucratic system and maintaining armies, which called for an efficient tax collecting and trading operative. And storage jars are a must for any administration, as they can serve as a distribution and collecting mechanism.The particular type of jars named after the hippopotamus can be found along the Beth-Shean Valley, Jezreel Valley and in the Lower Galilee; though they also appear in places such as the Jordan Valley. Their appearance in the region shed light on the flourishing administrative systems that were in place in the northern Israelite kingdom during the Iron Age Period. 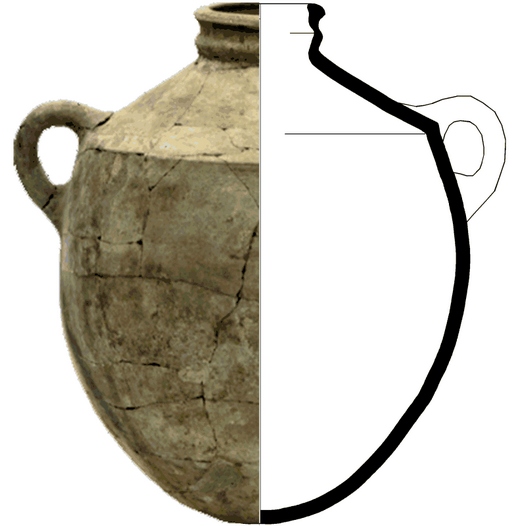 The Hebrew University researchers measured 158 Hippo jars with a high resolution 3D scanner at the Computerized Archaeology Laboratory, which is directed by Dr. Leore Grosman. (The laboratory is a joint initiative of the Hebrew University, the Israel Antiquities Authority and the Weizmann Institute of Science, with the University of Haifa serving as a collaborating partner.) Equipped with modern, high precision scanners, the lab created detailed three-dimensional models of the 'Hippo' jars. These digital models provided precise measurements of the jars’ shape, which was later correlated with independent features, such as the source of the clay used to make them, the potters’ marks, and the jars’ distribution. They also provided information on the jars’ capacity, volume, height and maximal diameter. What did the researchers learn from the 3D scans? This analysis gave a glimpse into the administrative and bureaucratic systems in this period. Results revealed there was little diversity in production methods by various workshops; their similarity to each other implied that the potters who made them may have been trying to standardize their production process. The jars’ size, their relative standardization and their wide distribution may also indicate that the Hippo jars became a quality brand. The evidence also suggests that the jars’ production was connected to an organized administration in northern Israel during the Iron Age IIA period, which is associated with the flourishing of the Israelite kingdom. Whether or not production of the jars was tied to a royal administration is unknown; the organizing entity may have been specifically interested in commercial production. One result of the 3D scans was clear: researchers were able to conclude that the so-called Hippo jars were without a doubt a “made in Israel” product. Ortal Harush is a doctoral student at the Hebrew University’s Institute of Archaeology. Harush joined the staff of the Computerized Archaeological Laboratory in 2010 and is a member of the Tel Rehov excavation publication staff, and an area supervisor at the Tel Abel Beth-Maacah excavations.
Advertisement
Subscribe for our daily newsletter

The UN has failed Israel with its anti-Israeli resolutions By JPOST EDITORIAL
Gantz should have known better than to trust Netanyahu - opinion By YAAKOV KATZ
My Word: Forgotten refugees and the proud Mizrahi heritage By LIAT COLLINS