Feeling love from the 'Seder Crew' 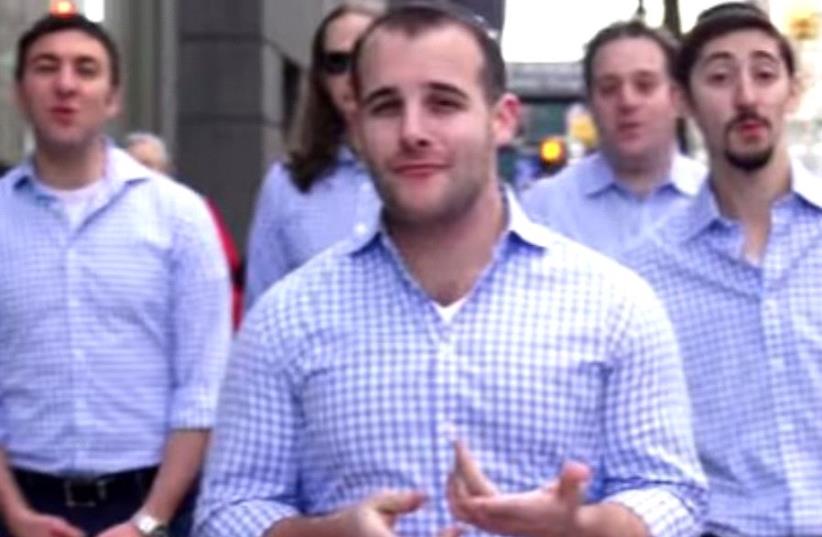 Jewish acapella group Six13
(photo credit: YOUTUBE SCREENSHOT)
Advertisement
Have you been holding out for the next big hit Passover song? Well your long wait is over - and now you have the perfect anthem to blast while you clean the house for the holiday.Jewish acapella group Six13 have turned Ed Sheeran's hit "Shape of You" into "Seder Crew," releasing a new video last week celebrating the holiday. The six-man band - which produces all of its songs without any instruments - has turned the pop song's lyrics into a tune just right for the holiday."Girl, you know I want matzo/ Matzo balls hand-made by my bubbie for me/ Thanking G-d that we were freed/ Led out of slavery in Mitzrayim," they sing. As the group members and their willing family members sit around a Seder table in the kitsch-filled video, they sing: "Feelin' love from my Seder Crew/ Gonna rock out to Dayenu/ Chad Gadya and Adir Hu/ Next year in Yerushalayim."The video was published on Friday to mark the release of the group's seventh album of acapella songs, titled "Blessings."  The New York-based Six13 has been churning out viral holiday videos for years. Their biggest hits have landed them serious fame, including a performance at the White House Hanukka party last year, where then US President Barack Obama said "if you ever have a chance to get the mix tape you should buy it." Their 2014 Hanukka song, a parody of Taylor Swift's "Shake if Off" has more than 2 million views on YouTube, and the group's 2015 Passover song based on Bruno Mars's "Uptown Funk" has more than a million.