Google Doodle recalls B.B. King, who once counted in Hebrew on Sesame St.

The Mississippi-born star was known for his deep, ringing vocals and unique guitar style thanks to his Gibson that he called Lucille. 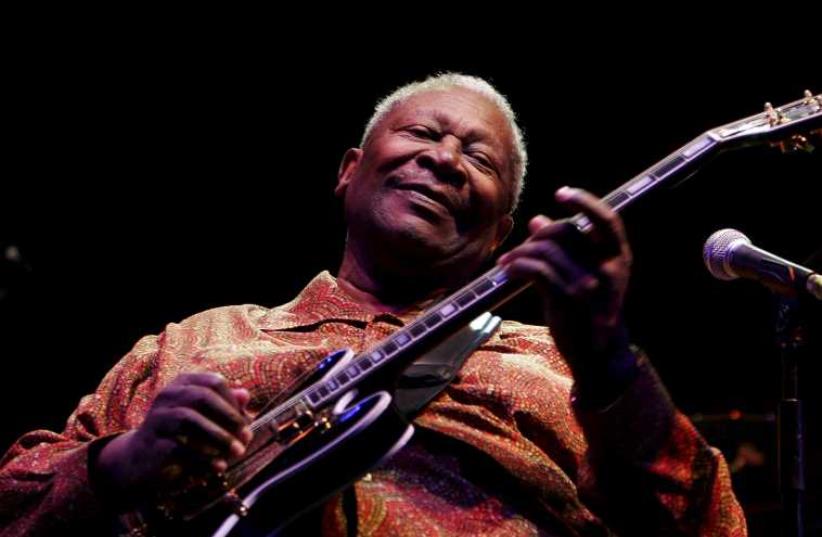 BB King
(photo credit: REUTERS)
Advertisement
Riley B. King, better known as B.B. King, would have been 94 years old on Monday, September 16. The Mississippi native sang in his church choir as a child and learned guitar from his preacher uncle. Wanting to pursue a career in music, King hitchhiked to Memphis where he became a disc jockey and was known as the Beale Street Blues Boy,  the latter half he later shortened to "B.B," according to CNN. He was known for his deep, ringing vocals and unique guitar style thanks to his Gibson guitars, each one he called Lucille. Over the course of his musical career King released 50 albums. And in 1984, King was inducted into the Blues Foundation Hall of Fame.In 1991, the famous B.B. King's Club opened on Beale Street in Memphis. Now the club can be found across the US.King appeared on Sesame Street and its Israel-themed spin off "Shalom Sesame" where counted in Hebrew and English. Joe Bonamassa, an American blues musician who recently played in Israel, spoke about his fondness of King: "Meeting B.B. King changed my life and trajectory," he said. "You know when a child violin prodigy hears classical music and their eyes light up? That’s where their DNA defaults. It was the same with me and the blues. When I heard B.B. King or Eric Clapton, it was like fitting a square peg into a square hole."King died on May 14, 2015 at the age of 89.