JERUSALEM-BASED artist Ruth Schreiber will open her exhibition Beyond Rubies. 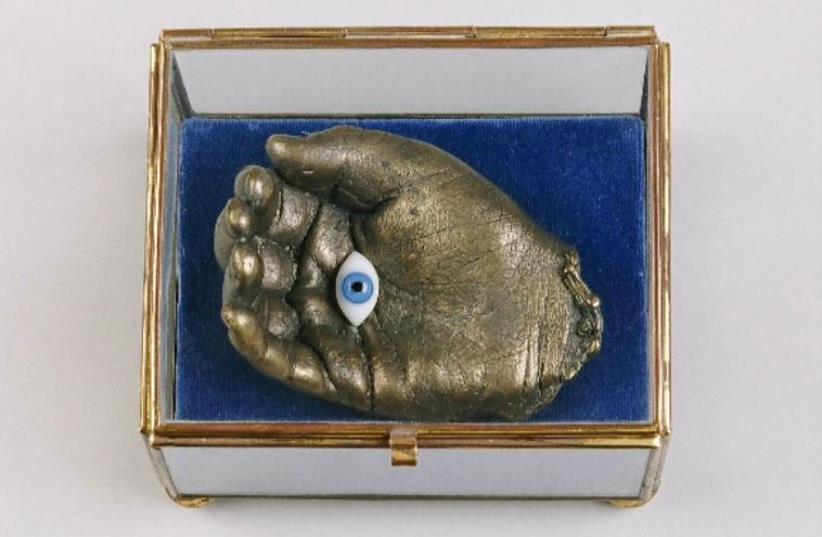 Art by Ruth Schreiber
(photo credit: WWW.RUTHSCHREIBER.COM)
Advertisement
■ DURING THE intermediate days of Passover and Succot, Israelis take to the roads to explore other parts of the country. Such expeditions often end in frustration because the highways are clogged with traffic and the congestion is such that drivers can’t even make a U-turn. The surge of population is so intensive that when carloads of picnickers finally manage to arrive at their target venue much later than intended, it is either closed or so overcrowded that people are being turned away.People living in Jerusalem and surrounds can avoid some of this frustration by touring closer to home at Kfar Shiloah in Silwan, the 130-year-old Yemenite village adjacent to the City of David, on the slope of the Mount of Olives. Although most of the people living in Silwan are Palestinians, the Yemenite village still exists, and Ariel Shemen, a resident of Kfar Shiloah, says that the Jewish community, which has seen an exceptional influx of growth over the past year, would be happy to share its story with the world, and is offering free tours.Yemenite Jews in 1885 were among the first groups of people to start communities outside the walls of the Old City. By 1929 the Shiloah community had grown to 400 families. But during the Arab riots of that year the families were forced to leave their homes and were told that they would be allowed to return, once calm had been restored. Of course it was a lie. Neither the evacuees nor their heirs were able to come back to claim their property. In 2002 the first of a new generation of Jewish families purchased and moved into homes in the old Yemenite village. In 2014 additional homes were purchased and inhabited, and in 2015 the ancient synagogue was once again in Jewish hands and daily prayer services are conducted there.The tours being offered by the residents are free of charge, which is a boon for parents of large families. Anyone interested in the tour should contact Shemen: 052-754-1613.■ VETERAN JERUSALEMITE Esther Rafaeli, who has lived in the capital since 1949, has joined the ever-growing ranks of youthful nonagenarians who are members off the Hatzvi Yisrael Congregation in Talbiyeh. It was difficult for Rafaeli to focus on the service last Saturday, because so many of the congregants in the women’s section came to kiss her and congratulate her on her 90th birthday.The bulk of the super senior citizens still have all their faculties and are largely independent, some of them walking without the aid of a cane.■ HOW WILL the European refugee crisis affect Israel, if at all? Anyone who may be curious about the subject can be enlightened on Monday, April 11, at 10 a.m. at the Jerusalem Center for Public Affairs, where Dr. Manfred Gerstenfeld will deliver a lecture under the title “From Welcome Euphoria to Pandora’s Box – The European Refugee Crisis, Israel and the Jews.” The lecture will be conducted in English and preregistration is required. To register, email ahuva@jcpa.org or telephone (02) 561-9281.The massive chaotic influx of over a million refugees into Europe in recent months has sparked radical new developments, in particular in Germany and Sweden, the two countries that have accepted the largest numbers of refugees. These ongoing developments create challenges and opportunities for Israel and have important ramifications for European Jews. Gerstenfeld is an internationally recognized expert on Europe, European Jews and Europe-Israel relations.■ JERUSALEM-BASED artist Ruth Schreiber will open her exhibition Beyond Rubies at the Agripas 12 Gallery on Saturday evening, April 9, at 8:30 p.m. The exhibition will remain on view till May 7.The gallery is closed on Sundays and is open Monday to Thursday from 4:30 p.m. to 7:30 p.m. and Fridays and holiday eves from 11 a.m. to 2 p.m.