At the end of October each year, the Beersheba Municipality, in conjunction with the Australian and Turkish embassies, organizes a commemoration ceremony of the 1917 Battle of Beersheba. 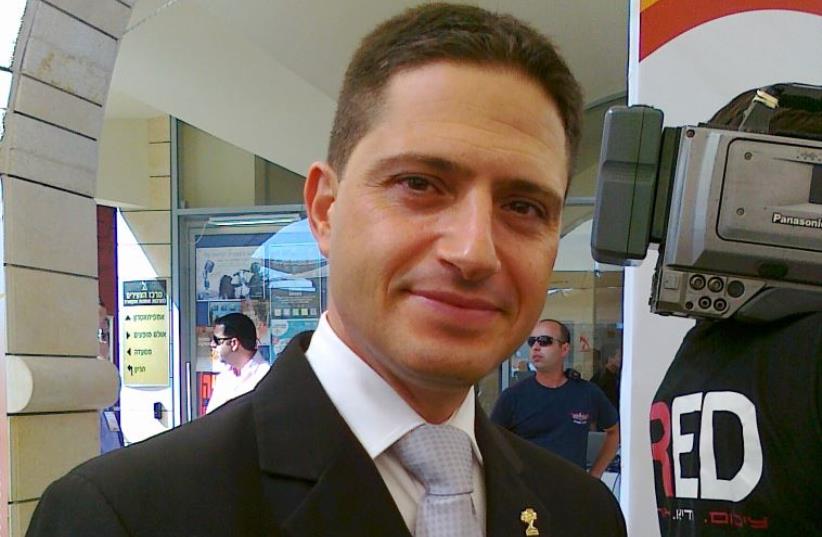 Ruvik Danilovich
(photo credit: BASWIM/WIKIMEDIA COMMONS)
Advertisement
BEERSHEBA, WHERE according to Mayor Ruvik Danilovich the first peace agreement was reached between Abraham, the patriarch of the Jewish and Muslim peoples, and King Abimelech, is also a symbol of peace between previously warring nations of the 20th century. At the end of October each year, the Beersheba Municipality, in conjunction with the Australian and Turkish embassies, organizes a commemoration ceremony of the 1917 Battle of Beersheba, which paved the way to the British conquest of the Ottoman forces, the Balfour Declaration and Gen. Edmund Allenby’s triumphant entry into Jerusalem. The ceremony is also attended by the Turkish chargé d’affaires and the German defense attaché.Australian and New Zealand troops fought German forces in both World Wars. But the annual Battle of Beersheba ceremonies honor fallen soldiers from all sides for their courage and their loyalties. In fact, Danilovich’s immediate predecessor in office, Yaakov Turner, initiated a monument dedicated to 298 Turkish soldiers who fell in battle. The monument stands in the Ataturk Plaza, named for Mustafa Kemal Ataturk, the founder of the Republic of Turkey, whose motto was “Peace at home, peace in the world.” The plaza and its monuments stand adjacent to the old Turkish Railway Station and a five-minute walk from the Commonwealth War Graves cemetery, where Australian and New Zealand services are held.The ANZAC service is followed by a Turkish commemoration attended by representatives of the Australian and New Zealand embassies. In fact, the ambassador of New Zealand, who is stationed in Turkey, specially came to Israel for the occasion.Turkish chargé d’affaires Cem Utkan said that gatherings of this kind signal a message of peace and friendship and a salute to Turkish soldiers “along with all soldiers who fell here.” He added that 1917 signaled the end of an empire and the birth of a republic, which forged a new nation after World War I.Danilovich, who is the first mayor of Beersheba who was born and raised in the capital of the Negev, said that as a child he had always been curious about the Commonwealth War Graves cemetery, in which fallen soldiers of the Allied forces are buried. He characterized the cemetery as an icon of peace because those who lie there “fought for world peace.”At last year’s ceremony, Danilovich announced the establishment of an ANZAC Museum that would reflect the common legacy of the people of Beersheba and the ANZACs.Plans for the museum are now in an advanced stage, he said, and it is expected to open in 2017 on the 100th anniversary of the Battle of Beersheba and the Balfour Declaration.Deputy Mayor Heftzi Zohar, noting that the old railway station, which was built in 1915 because camel transport was too slow, said “We are standing at a crucial crossroad, a junction between the past, the present and the future.”The past, she said, represents the contributions made to the region, the present represents its development, and the future represents the cooperation that will make Beersheba the metropolis of the South. “Beersheba is an important anchor, not just locally but internationally,” she said.Afterward everyone gathered in the impressive Park of the Australian Soldier, an initiative of the Pratt Foundation, which contributes to numerous projects in Australia and Israel. The park was funded by the Pratt Foundation, and a lot of the input as to what it should contain came from Maj.- Gen. William “Digger” James, who earned high decorations in both military and civilian life.James had been a childhood friend of Richard Pratt, who with his wife, Jeanne, had established the Pratt Foundation.In the park, the face of a statue of an Australian soldier of the Light Horse – by leading Australian sculptor Peter Corlett, who is famous for his war memorials – was modeled on that of James. The park was inaugurated in April 2008.