Rivlin was very pleased to see that there was a place where children could be informally educated towards recognizing Jews who had made an impact in the world at large. 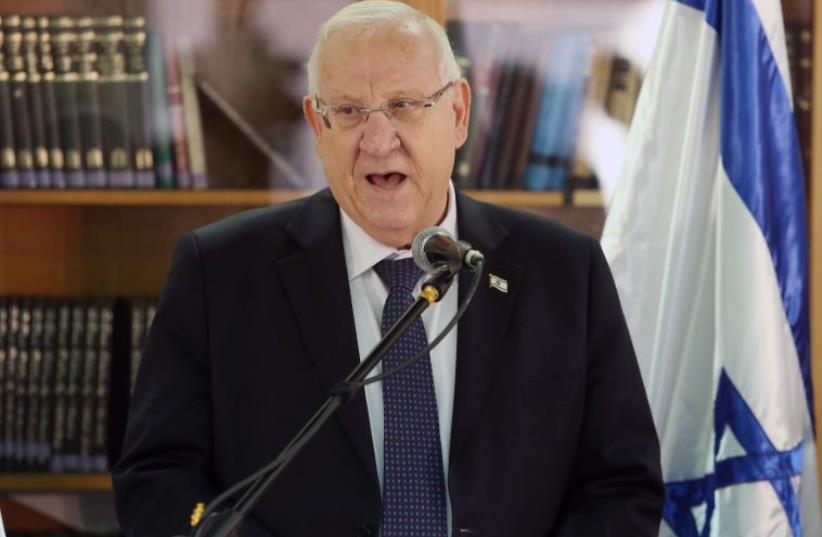 President Reuven Rivlin
(photo credit: MARC ISRAEL SELLEM/THE JERUSALEM POST)
Advertisement
■ SEEKING TO avoid the inconvenience and discomfort of official openings, President Reuven Rivlin, accompanied by several members of his close family, arrived at Beit Hatfutsot – Museum of the Jewish People last Friday for the official opening of the Heroes and Trailblazers of the Jewish People exhibition. It was the president’s first opportunity to see the new wing of Beit Hatfutsot, which is located on the campus of Tel Aviv University. Although the Rivlins were not the sole visitors, they nonetheless had much more freedom to move around than is afforded to them at formal events.The president was very pleased to see that there was a place where children could be informally educated towards recognizing Jews who had made an impact in the world at large. He was welcomed by Irena Nevzlin-Edelstein, chairwoman of the museum’s board of directors.Rivlin told her that the exhibition was important to him personally, because one of the tasks that he had set himself was to promote Jewish identity and a sense of belonging among unaffiliated and assimilated Jews. If such people visited the exhibition and saw that Jews who had made their mark not only in the Jewish community, but in the world, were proud of their identities, it might have a positive effect in getting assimilated people back into the fold.■ WHILE THERE may be some snob value in living in the same street or the same apartment block as a government minister, in other respects it’s no picnic. Government ministers have bodyguards, and in some cases, they also have guard booths installed at the entrance to their place of residence as well as to their offices. When residents in an upscale apartment block in North Tel Aviv acquired a new neighbor in the person of Ofir Akunis, the science, technology and space minister, they were none too happy.They had nothing against Akunis, but they didn’t like the idea of security guards stopping them in their tracks and demanding to know where they were going. After all, the other residents were there long before Akunis, and now they’ve discovered that there are restrictions on their freedom of movement. It’s even worse for others who live in the same street, and suddenly discover that their paths are blocked, or that they can’t come and go as they please if the minister is about to leave or come home.At a meeting of the house committee of the building, residents decided not to object to security on the floor where Akunis lives, but to object to it strenuously in the lobby and directly outside the building. They may discover that the Shin Bet (Israel Security Agency) is not subject to the rules of democracy.■ ONE OF the current trends in Israel is to watch vintage movies. In line with this contemporary trip to yesteryear, Tel Aviv’s Young Patrons of the Arts, in partnership with the Tel Aviv Municipality and the Tel Aviv Cinematheque, is presenting a screening of the film Peeping Toms, followed by a Q&A session with actor Moti Mizrahi.This is yet another current trend that has been dredged up from the past. In the European and American salons of a more glittering era, it was customary to bring exponents of the arts into close contact with their admiring public. Having actually spoken to or shaken hands with a leading exponent of the arts was not only a salivating conversation piece for future occasions, but also guaranteed that such artists would be sought by other affluent people to appear in their homes, thus guaranteeing the artist’s income.Peeping Toms, or Metzitzim as it is known in Hebrew, is a classic cult film that was released in 1972 and stars Uri Zohar and Arik Einstein, who were a wicked combination. Zohar later became religious and raised his children in a haredi environment. Einstein remained totally secular, but respected the status quo when he visited Zohar and the haredi grandchildren they had in common through marriage of their children.The screening will take place on Tuesday, July 26 at 8:45 p.m.