Prof. Zeev Rotstein, an eminent cardiologist and expert in health management, has been named a fellow of the Interdisciplinary Center Herzliya. 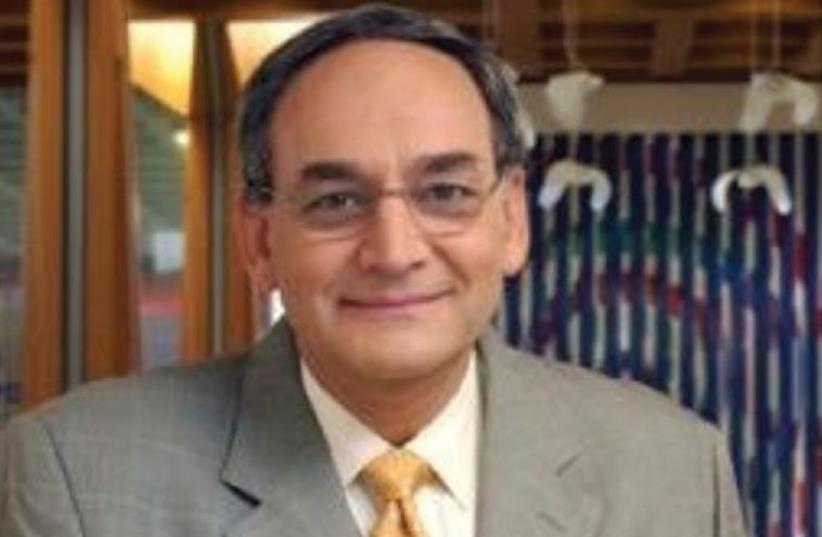 ZEEV ROTSTEIN
(photo credit: SHEBA INTERNATIONAL)
Advertisement
■ NOTWITHSTANDING THE controversy surrounding his appointment last year as the director-general of Hadassah-University Medical Center, Prof. Zeev Rotstein, an eminent cardiologist and expert in health management, has been named a fellow of the Interdisciplinary Center Herzliya. Prior to his appointment to Hadassah, Rotstein served for almost three decades at Sheba Medical Center, spending several of those years as its director-general. His Hadassah appointment was approved by former attorney-general Yehuda Weinstein and by the directors-general of the Finance and Health ministries.There was a delay over the appointment, due to a complaint by the civil service commissioner that Rotstein had permitted senior surgeons at Sheba to perform private (and expensive) operations in the early morning hours. Ya’acov Litzman, who was deputy health minister at the time, insisted that he did not want anyone else for the Hadassah position, and remained inflexible on that score, finally achieving a victory when the attorney-general decided that there was no legal impediment to Rotstein taking over at Hadassah.Apropos Hadassah, at the Jerusalem district’s Labor Party gathering for a Passover toast last week, MK Erel Margalit stressed the importance of restoring its status as the best medical center in the country.■ FORMER JERUSALEMITE Vered Kollek, who now lives in California, sent Passover greetings to relatives and friends back home with a very catchy flash mob video featuring internationally acclaimed Israeli singer Gad Elbaz, with Elliot Dvorin’s Chicago- based Key Tov band playing catchy, jazzed-up Seder songs in a city square, while a group of highly talented dancers and gymnasts performed a well-synchronized dance routine. The rabbis might not approve, but the passersby who stopped to watch loved it and photographed it for both stills and video. Elbaz is the son of Shas in-house singer Benny Elbaz.■ THE MORNING service at the Yeshurun Synagogue last Saturday was not very well attended, but the number of congregants almost doubled by Musaf, and there was a huge crowd. The reason: People from congregations in Rehavia, Talbiyeh, Yemin Moshe and Sha’arei Hessed had come after the services in their own synagogues to hear Rabbi Ari Berman deliver his annual Shabbat Hagadol lecture.Berman, who spent 14 years at the Jewish Center in Manhattan’s Upper West Side before making aliya with his family in 2008, is an interactive lecturer who relates well to his audience, and whose eyes sweep the panorama of faces in recognition of faithful admirers. Whoever answers a question correctly is acknowledged by name, and even those who answer incorrectly get some form of positive recognition. Berman said that he is very glad to have the opportunity to see some of them at least once year, because in coming together for his lecture, they represent a community in itself.The Shabbat Hagadol lecture is jointly sponsored by the Great Synagogue and Yeshurun.■ OUT OF Zion shall go forth the law, and out of Jerusalem shall go forth chains of coffee shops. The Aroma chain of coffee shops, which originated in Jerusalem, keeps growing. The latest link in the Tel Aviv chain of the brand is a branch on Ha’arba’a Street, bringing the total number of Aroma coffee shops in Tel Aviv alone to 32.According to Aroma Tel Aviv CEO Ido Rotman, the new facility came into being with an investment of NIS 2 million. It has been designed to harmonize with other new ventures in this upgraded district of Tel Aviv. Covering an area of 250 sq.m., it was designed as a concept facility by interior designer Keren Ofner. All the Aroma coffee shops in Tel Aviv are now featuring the company’s new spring-summer menu.■ GIVEN THE circumstances of their deprivations, there was a surprising amount of creativity among the prisoners in Nazi concentration camps. They produced works of art, wrote imaginary cookbooks culled from memories of the kitchens of their mothers and grandmothers, wrote poetry and composed music.The Italian Cultural Institute in Tel Aviv will mark Holocaust Remembrance Day with a concert at Tzavta on Wednesday, May 4, featuring singer Shulamit Ottolenghi and percussionist Abe Doron from Jerusalem, with pianist Shai Bachar and trumpeter Frank London of New York, in a presentation of lullabies, songs of nostalgia and songs of anger and protest that were composed by Jewish and non-Jewish women in the Nazi concentration and death camps. The songs will be performed in the languages in which they were originally written. Entrance to the concert is free of charge. The event will also mark the Israeli release of the quartet’s CD For you the sun will shine, on which their May 4 performance is based.Born and raised in Milan by an Italian father and an English mother of Polish background, Ottolenghi has been living in Israel since 1973. She has been invited back to Italy several times to sing in various cities. She has also performed in New York, Vancouver and Madrid. Her new CD is the result of incredible research by maestro Francesco Lotoro, the founder and director of the Musica Judaica Institute of Barletta, who provided the music for the CD and the program.