Grapevine: The King David, popular as ever

The King David is legendary and it has class, which continues to make it a No. 1 favorite with the diplomatic community. 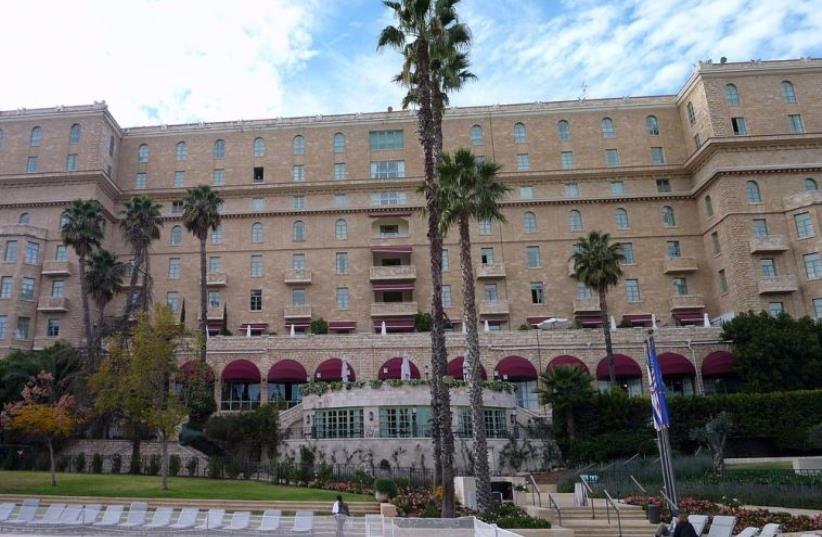 The King David Hotel
(photo credit: WIKIMEDIA COMMONS/DANNY LYULEV)
Advertisement
■ TOURISM TO Israel may have taken a nose dive, but it hasn’t really affected business at the King David Hotel, according to the hotel’s deputy general manager Sheldon Ritz, who deals with diplomats and official delegations. There’s a huge line-up of official delegations coming to Israel, he says, and the majority opt to stay at the King David, even though there are many more modern hotels in the city. But the King David is legendary and it has class, which continues to make it a No. 1 favorite with the diplomatic community.■ JUDAISM HAS laws and customs that embrace every aspect of life, including business.Honesty, integrity and morality, which combine to form one of the cornerstones of the Jewish faith, are often ignored in business practice. That may account for the reason that Pardes Har Hotzvim has chosen Business (Wo)Man Business Mensch as its topic for exploration and discussion at its winter lunch and learn session on February 8 at 12:30 p.m. in the JMB Davis Beck Science Building, 8 Hartom Street, Har Hotzvim Hi-Tech Park. The discussion, led by Rabbi Zvi Hirschfeld, will be in English.■ LAST MONTH 81-year-old David Crispin admonished a young man for spitting on the pavement, which unfortunately is an all too frequent occurrence in Israel. Crispin was sitting in his car on Agrippas Street which borders the Mahaneh Yehuda market when he saw the young man spit. When he admonished him, the young man instead of apologizing or just walking away turned around and spat into Crispin’s face, then swung around as if to move on, but then turned back and forced his elbow straight into Crispin’s face.The result was seven broken teeth plus bruises and a lot of pain.Fortunately, some of the stores in the immediate vicinity have security cameras, and the culprit, Eliya Lopez, a 22-year-old yeshiva student with no previous record of violence, was quickly apprehended. His lawyer, Leah Tzemel, claimed that Lopez was shocked and humiliated when Crispin called out to him and, noticing that Crispin was holding something in his hand, was afraid that Crispin might attack him. The argument was rejected by the judge, who ruled that Lopez should remain in custody for a further three days. The bottom line is that if Lopez had not spat on the pavement, none of what happened would have ensued.■ A STATE memorial ceremony honoring Uri Orbach, the pensioners’ affairs minister who died a year ago, was held on Sunday night at the Jerusalem Theater. A member of Bayit Yehudi, the national-religious Zionist party, Orbach was a highly talented wordsmith who worked in the print and electronic media before entering politics. He also wrote a number of books. He suffered from a chronic hematologic disease, which was ultimately the cause of his death.The memorial was organized by some of his party colleagues, but the ceremony itself was attended by Knesset members from other parties, as well as journalists who had been his friends and rivals and who later broadcast or wrote about him in his political capacity.Another memorial tribute will be held for Orbach in Modi’in-Maccabim Reut, where he and his wife, Michal, lived with their four children. Among the speakers at the Jerusalem event were Bayit Yehudi leader Naftali Bennett; Agriculture Minister Uri Ariel; and Sar-Shalom Jerbi, head of Civilian National Service. Orbach’s ministry, which was renamed the Social Equality Ministry by his successor Gila Gamliel, did not take part in the arrangements for the Jerusalem ceremony.The Modi’in memorial will be held on Saturday night (February 6), hosted by Yedidya Meir and his wife, Sivan Rahav Meir. Among the participants will be Ashkenazi Chief Rabbi David Lau, who was chief rabbi of Modi’in before being elevated to his present position and who still lives in Modi’in. Also participating will be Justice Minister Ayelet Shaked, comedian Koby Arieli and musicians Shlomo Katz and Aharon Razel. Proceeds from the evening will go towards the building fund for a synagogue in Orbach’s memory.