News from around the nation. 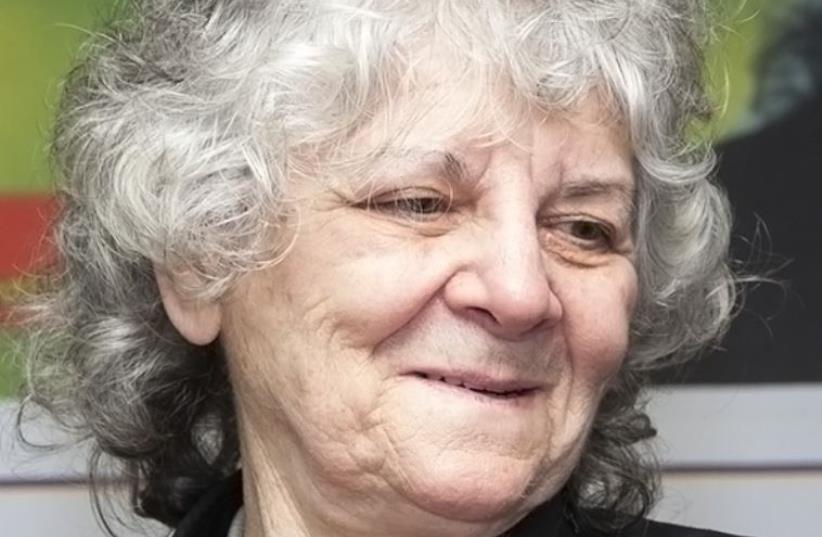 Ada Yonath
(photo credit: Wikimedia Commons)
Advertisement
■ BDS NOTWITHSTANDING, foreign experts continue to attend scientific and technological conferences in Israel – and there is every indication that the World Science Conference Israel will be attended by scientists from around the globe.The conference was initiated by Nobel Prize Laureate Prof. Roger Kornberg (US), in collaboration with the Hebrew University, the Science, Technology and Space Ministry and the Foreign Ministry. WSCI will bring over young science students from around the world for an intensive five-day program in which lecturers will include 20 Nobel Prize laureates, of whom five are Israeli; the five are: Robert Aumann, Aaron Ciechanover, Dan Shechtman, Avram Hershko and Arieh Warshel.It is possible Israel’s only female Nobel Laureate, Ada Yonath, will also participate – which will mean that more than 25 percent of the Nobel laureates attending the conference will be Israelis.WSCI will take place in Jerusalem from August 15 to 20 and will include some 400 bright students from 60 countries on five continents, in conjunction with the Nobel Conference for Science and Technology – which will be held at the Tel Aviv Hilton from August 16 to 19, with the participation of the 20 Nobel laureates and leaders in government, industry and academia.■ EVEN BEFORE this prestigious gathering in Tel Aviv, there will be an equally brilliant group of people attending the fifth international Cyber Security Conference at Tel Aviv University’s Smolraz Auditorium on June 22-25.Jointly organized by the Yuval Ne’eman Workshop for Science, Technology and Security, the National Cyber Bureau, the Prime Minister’s Office, the Blavatnik Interdisciplinary Cyber Research Center and Tel Aviv University, the conference will bring together leading international cyber experts, policymakers, researchers, security officials and diplomats for an exchange of knowledge, methods and ideas concerning evolving cyber technologies.Prime Minister Benjamin Netanyahu will be among the speakers, as will former president Shimon Peres, Defense Minister Moshe Ya’alon; Maj.-Gen. (res.) Prof. Isaac Ben-Israel, chairman of the conference and head of the Blavatnik Center; Christopher Painter, coordinator for cyber issues at the Office of the Secretary of State in the US State Department; Howard A. Schmidt, former cyber adviser to President Barack Obama and president George W. Bush and former chief security officer at Microsoft; and several other luminaries from Israel, the US and elsewhere.At the Herzliya Conference this week, Peres in conjunction with students from StandWithUs launched an anti-BDS campaign.■ WHILE IT comes as no surprise that Peres, who is a great advocate for anything to do with modern science and technology, will be a speaker at the Cyber Security Conference, it is strange that neither he nor Israel’s fifth president, Yitzhak Navon, were listed among the speakers at this week’s Israel launch at TAU of Anita Shapira’s book on founding prime minister David Ben-Gurion, whose leadership is missed in many circles today. Peres and Navon were both disciples of Ben-Gurion and traveled abroad with him for some of his most important meetings with world leaders. He made such a profound impression on them that each continues to quote him frequently to this day.■ THE UN has declared June 21 as the International Day of Yoga, which in Israel will take place at the Tel Aviv Port in collaboration with Israel’s leading yoga institutes; admission and participation will be free of charge.The Indian Embassy is obviously promoting the event, which begins as early as 7 a.m. with a workshop led by Maya Gross. There will be lectures and workshops throughout the day illustrating different yoga disciplines, with the grand finale at 9:15 p.m. featuring traditional Indian dances performed by Meilah and Yael Tal. At 7:30 p.m. Indian Ambassador Jaideep Sarkar will deliver a brief address, as will Tel Aviv Municipality representative Tal Oren and Rachel Zolberg, one of Israel’s yoga pioneers.■ FRIDAY HAS become a very popular day for daytime events in the summer. Last week, for instance, Swedish Ambassador Carl Magnus Nesser decided to hold his country’s National Day reception at noon, instead of in the evening as is customary in diplomatic circles. All the public areas in his Herzliya Pituah residence, including the back garden, were absolutely packed with people – some of whom had come from Haifa, Jerusalem and Beersheba. While most of the guests had left by 2 p.m., many including Rabbi Michael Melchior of Jerusalem still lingered in the pleasant surroundings