If you can dream it, you can achieve it

A veteran immigrant helps people to identify, believe in and act on the things they are passionate about. 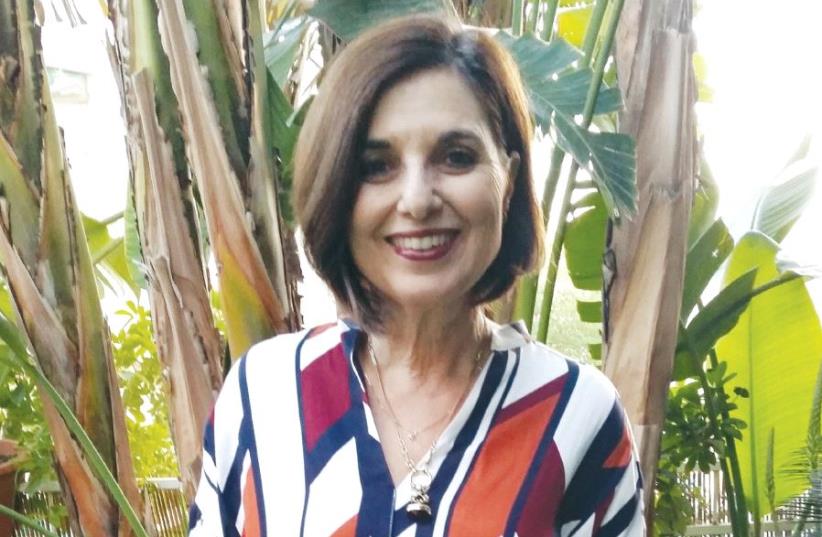 Bev Joy Ehrlich from Cape Town to Jerusalem
(photo credit: ADRIAN EHRLICH)
Advertisement
Just 14 months after marrying in 1985, Bev Joy Cohen and Adrian Ehrlich moved from their native Cape Town to the Beit Canada absorption center in Jerusalem.“My parents would have preferred we go somewhere like Toronto, where we could make a better living, but that wasn’t our dream,” says Ehrlich.She knows a thing or two about dreams. As a certified dream coach for the past five years – she calls her business “Be Heard, Live Joyfully Coaching” – she helps people identify, create and realize their dreams.“I take my clients through a 10-step process that provides them with the skills needed to achieve any dream. We look at their intentions, integrity, beliefs, passions, fears, doubts, obstacles – and of course their strengths and gifts that they have to share with the world,” says Ehrlich, who took relevant courses at such schools as Seminar Hakibbutzim (Kibbutzim College of Education) in Tel Aviv and Dream University in the United States.Dreams definitely helped the young couple stay focused when they arrived at the rather bare-bones absorption center where one couldn’t even make a phone call without feeding tokens into the single public telephone.“One evening it didn’t work and my husband took off his shoe and whacked the phone box. The next day we were called in by the head of the center, who warned us not to behave so disrespectfully again,” she recalls with a laugh.“We weren’t running away from South Africa. We were coming to Israel, and that made it much easier for us,” explains Ehrlich, who first fell in love with Israel during a family vacation in 1972.When the couple arrived in Israel, Ehrlich’s husband was just out of medical school and entered a four-year program in family medicine. Ehrlich finished a teaching certificate and a degree in psychology and became an English teacher, a career she began in Shoham and has continued in Modi’in, the couple’s home since 1997.She says she loves living in Modi’in – “it’s beautiful, green, modern and clean” – and appreciates the sense of authenticity in Israeli life. “People live comfortably and casually with fewer superficial trappings,” she observes.While studying at Bar-Ilan University, Ehrlich had to do a three-month coaching internship and chose to do this in a prison. She continued beyond the three months, and many years later returned to the same prison compound in Ramle as a dream coach. She would like to do more work in prisons as well as women's shelters.“A dream is something that matters to you. It’s something that’s important to you and you’re willing to act on,” she says. “People in jail will often say, ‘Nobody ever asked what matters to me,’ and I tell them that they can show themselves and the world what’s important to themselves by taking action and showing their commitment to their dreams. I’ve seen people in jail become calmer and more joyful because they have something to work toward.”She explains that not every dream has to be grandiose. “No dream is too small. It doesn’t have to be about saving the world. It could be something like spending more quality time with your family or improving a relationship. The coaching process enables you to say ‘yes’ to what it is that you want, to overcome the obstacles that are in your way and be inspired to take action. It’s not selfish; it’s an act of generosity because you are giving more positive energy to those around you.”The Ehrlichs raised four children and now have two grandsons. When the kids were young, their mother curtailed her professional activities and volunteered with Ezer Modi’in, a nonprofit organization that helps the needy of Modi’in.The oldest Ehrlich son is a doctor serving in the army, whose wife is earning her PhD at the Weizmann Institute of Science. Their second child is a social worker married to an accountant; the third, also married, is engaged in full-time Torah study, while his wife is studying speech and hearing therapy. The fourth is doing her National Service in Bat Yam.Her husband has his own clinic in the Pisgat Ze’ev neighborhood of Jerusalem. “We love going to Jerusalem, exploring the shuk and Nahlaot, and we enjoy visiting museums and galleries,” Ehrlich says.She travels every six months to Cape Town to see her parents, now both 95 years old. She has three sisters – two in South Africa and one in Australia.She and her husband have a shared dream to visit and spend time with elderly people “because we left our own parents behind,” she says.Ehrlich adds, “There’s never been a better or more important time for people to believe in and act on their dreams. I want to help as many people as I can have a deeper sense of who they are and what they value. I want to inspire them to take action on a dream that they’re passionate about and have the tools to achieve their personal and professional goals.”