Miri Regev continues her attacks on 'Foxtrot,' which was lauded at the Venice Film Festival and continues to receive rave reviews worldwide. 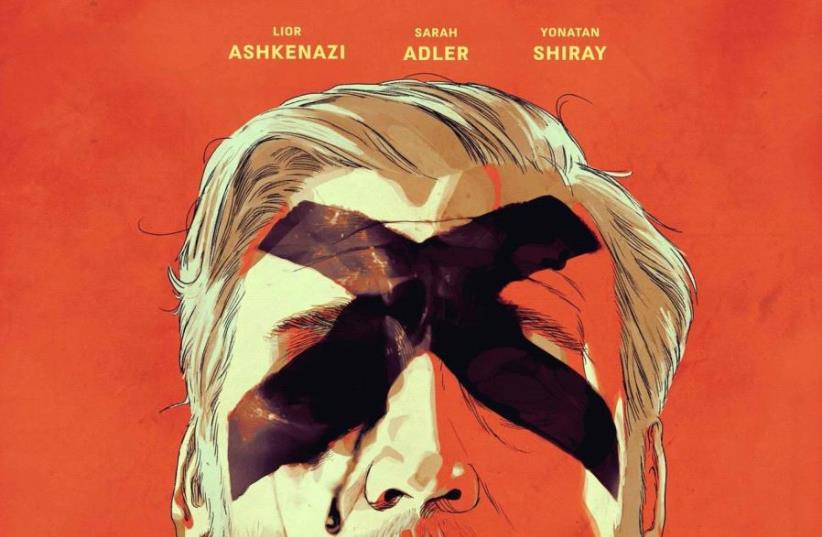 The official poster for the film 'Foxtrot,' which garnered rave reviews worldwide but sparked controversy in Israel.
(photo credit: PR)
Advertisement
Culture and Sport Minister Miri Regev renewed her condemnation of the Israeli film Foxtrot on Monday, as rave reviews and accolades for the movie poured in from around the globe.Speaking at a promotional event for the upcoming Israeli Film Day – which is Wednesday – Regev said, again, that the state will not fund films that “slander the name of Israel, its symbols, and its values.”The film by Shmulik Maoz, starring Lior Ashkenazi, Sarah Adler and Yonatan Shirai, deals with a family’s grief over losing their son during his army service; and soldiers losing their minds at a checkpoint in the middle of nowhere. Shirai, who plays a soldier in the film, is currently serving in the IDF, stationed in Hebron.Foxtrot, Regev said at the ceremony at the Cinema City complex in Glilot, “received state funding, and portrays soldiers as murders and white-washers of the truth.”Anybody who wants, Regev continued, “can make films like this with their own money. Not with public funds, with our money, which includes that of the families of soldiers.”Regev said she has no problem with films that are critical of Israel, or that depict the complex realities of life here. But “I will not support those that defame IDF soldiers.”Regev also slammed Ashkenazi, the lead actor, who criticized her in an interview with Channel 2 News Sunday night.Ashkenazi, responding to Regev’s repeated attacks on the film over the past week, said that if Regev were to read the work of Anton Chekhov, “she would understand what a metaphor is, and she would understand what an allegory is. But she hasn’t, so I can’t address her.”In 2015, while speaking about her modest upbringing, Regev famously said that she’s never read Chekhov and never went to plays as a child.Addressing Ashkenazi on Monday, Regev said: “Don’t patronize me... Don’t bring Chekhov as your lawyer, and don’t smear us. You and your friends know that the IDF is not an army of white-washers.”During her speech, the audience booed Regev, and shouted at her that she should at least see the film before passing judgment on it. The minister – who has admitted she hasn’t seen the movie – ignored the shouts and continued speaking.Despite the ongoing controversy in Israel, the film has received rave reviews after its world premiere Saturday at the Venice International Film Festival.The Guardian said the film was a “fierce, urgent, unflinching picture,” and called it a strong contender for the festival’s prestigious Golden Lion award, despite Maoz having won it for his last film, Lebanon, in 2009. The film, Xan Brooks writes in The Guardian, is “a nightmarish triptych of loss, waste and grief that is nonetheless arranged with such visionary boldness that it dares us to look away.”And a reviewer in Variety said: “Brilliantly constructed with a visual audacity that serves the subject rather than the other way around, this is award-winning filmmaking on a fearless level.”The Hollywood Reporter said Foxtrot is “exponentially more anguishing” than Lebanon, and, giving credit to Regev’s criticism, says it “takes its place among the boldest, angriest critiques of contemporary Israel.”Many will be watching to see Regev’s reaction at the Ophir Awards on September 19, where Foxtrot is nominated for 13 prizes, including Best Picture. It has an excellent chance at winning, and therefore becoming Israel’s submission to the Oscar’s foreign language film category. Will Regev be rooting for it to lose?