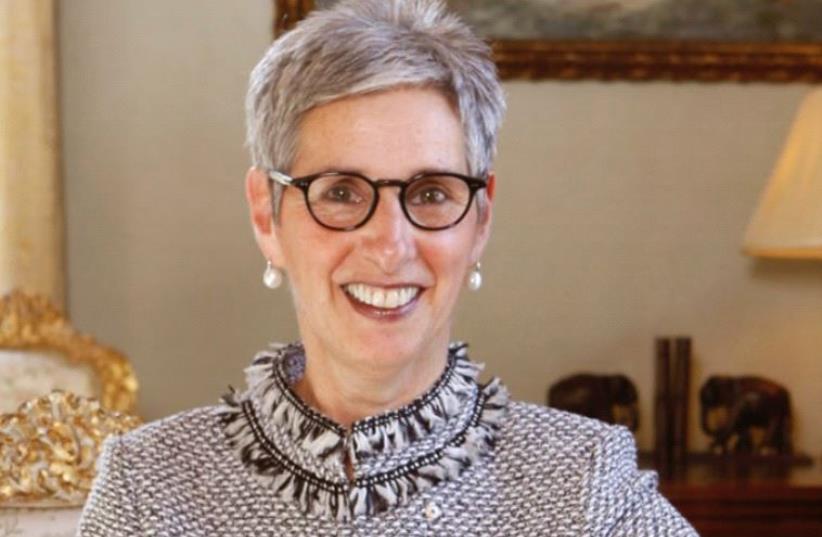 Alan M. Dershowitz and Irwin Cotler
(photo credit: STATE OF VICTORIA)
Advertisement
It’s a given in Australia that Melbourne has the largest Jewish population, just slightly ahead of that of Sydney. But no-one really knows because when filling out census forms, it is not mandatory to state one’s religion.There are many assimilated Jews who choose not to identify with the faith into which they were born, and there are also Jews who do identify but don’t think this should be recorded in official documents. Yet it is a fact that Jews who have reached the highest levels of society did in fact come from Melbourne.The only two Jewish governors, Gen. Sir Isaac Isaacs and Sir Zelman Cowen, were both born in Melbourne. And last year, Linda Dessau, who was appointed to the position of governor of Victoria (the state for which Melbourne is the capital), has the distinction of being the first woman and first member of the Jewish faith to fill that role. She was also born and educated in Melbourne.When Dessau graduated in law from Melbourne University in 1973, it transpired that at age 20, she was one of the university’s youngest graduates. After working as a solicitor from 1974 to 1978, she became a barrister in 1979, specializing in family law and commercial litigation.In 1992, she married Anthony Howard, a fellow barrister, and together they traveled to Hong Kong, where they were appointed as Crown Counsel Members in the Chambers of the Hong Kong attorney general. Dessau later traveled to the United States, Canada and the United Kingdom on a Churchill Fellowship, awarded to her in 1994.In each of the countries she has visited, Dessau studied strategies employed to reduce delays in the court system. She subsequently became a judge in the Family Court of Australia.Some years before that, though, she was appointed to the Commission of the Australian Football League, the official governing body of Australian Rules Football. A keen supporter of Essendon, she founded and chaired the Essendon Women’s Network.Later still, she was appointed to the board of the Melbourne Festival, an annual 17-day celebration of the performing and visual arts. Melbourne Jews are prominent patrons of the arts and include the Smorgon, Pratt and Besen families. Dessau became president of the festival in 2014.Sworn in as Victoria’s 29th governor on July 1, 2015, Dessau has many diverse interests. She was director of the National Judicial College of Australia, where she also taught, and was a long-standing faculty member and facilitator of the National Judicial Orientation program.Positions she has held that are not related to the law include chair of the Winston Churchill Memorial Trust’s Victorian Regional Committee, and national board member of the Churchill Trust; commissioner of the Australian Football League; trustee of the National Gallery of Victoria; board member and former chair of AFL Sportsready and Artsready; board member of the Unicorn Foundation; and patron of Sports Connect.In recognition of her services to family law and the community, she was made a member of the Order of Australia.Dessau and Howard have two sons who are graduates of Monash University. Each has completed bachelor of law and arts degree and seems set to follow in the career pattern of his parents.