The actress defined both Zionism and feminism, stating that she adheres to both. 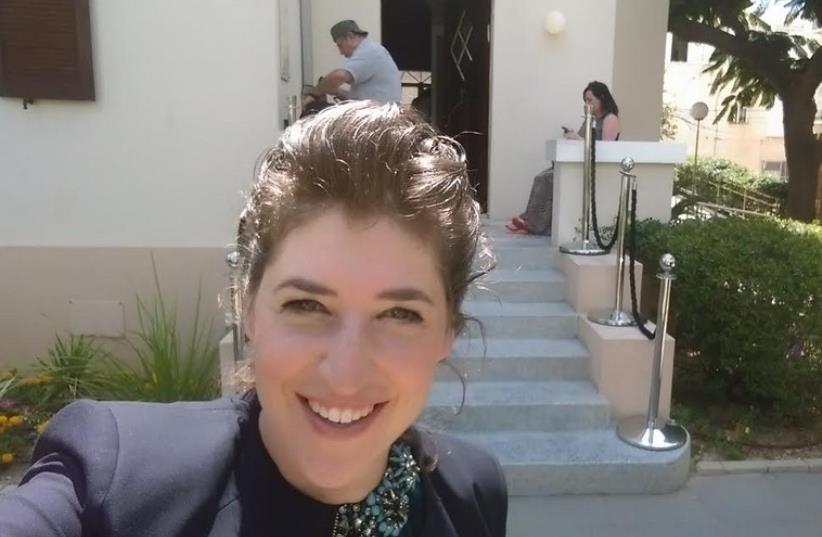 Mayim Bialik outside house of relative and poet Hayim Bialik
(photo credit: MAYIM BIALIK)
Advertisement
Jewish-American actress Mayim Bialik took to her website GrokNation this week to fire back at recent comments by Palestinian-American activist Linda Sarsour, who stated in an interview with The Nation that one cannot be both a Zionist and a feminist.The Big Bang Theory star issued definitions of both Zionism and feminism, stating that she adheres to both beliefs.“Are there things that happen in Israel and the Palestinian territories which cause pain and suffering to women? Absolutely.And being a Zionist doesn’t mean a definitional indifference to this suffering, especially of Palestinian women and children,” Bialik wrote. She added that in many other Muslim countries women face a list of offenses, including becoming child brides and honor killings.Bialik questioned why Israel is held to a different standard than these countries, stating that the offenses of the other countries could arguably be considered more extreme.She went on to explain what she indicated is the bigotry in making such a broad claim.“It smarts of a broad-stroke bias against the entire Jewish people for the violations that occur in a state that was founded on the principles of Zionism,” Bialik wrote.The actress finished her essay by stating that, “Ultimately, for a feminist activist – or any activist – to place the blame for policies made by a few people on the entire entity of Zionism and all who are committed to the idea of a Jewish state is irresponsible.“As a feminist Zionist, I can’t believe I am being asked to choose or even defend my religious, historical and cultural identity,” she added.Sarsour was in the Jewish media spotlight last month for quite a different reason. Following the vandalism of a Jewish cemetery outside St. Louis, she and another Muslim activist, Tarek El-Messidi, organized a fund-raiser for the repair of the burial site.JTA contributed to this report.