Parashat Aharei Mot – Kedoshim: A proposal for a different culture

In our generation, after the “information revolution,” we face a tsunami of cultures, an abundance of lifestyles. 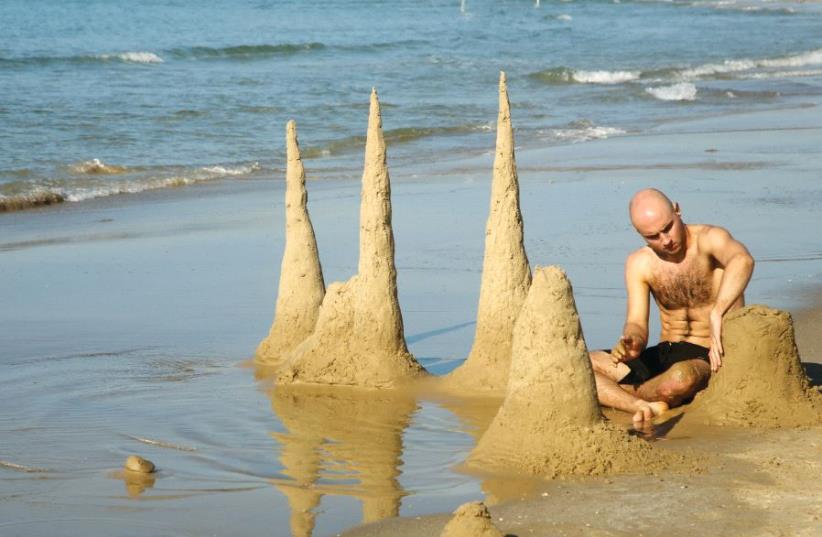 A man in Tel Aviv finding his own way to ‘organize reality.’
(photo credit: MARC ISRAEL SELLEM)
Advertisement
This week, we are again reading a double Torah portion – Aharei Mot and Kedoshim – just like last week. These two parashot are read together almost every year, since they complement each other in many ways. For example, the prohibitions of forbidden sexual relations are mentioned in Aharei Mot and the punishment for them is written in Kedoshim.At the beginning of this list of prohibitions in Aharei Mot we read something interesting that was said to the nation in the desert as they were making their way from Egypt to the Land of Israel, then called Canaan: “And the Lord spoke to Moses, saying: ‘Speak to the children of Israel, and say to them, ‘I am the Lord, your God. Like the practice of the land of Egypt, in which you dwelled, you shall not do, and like the practice of the land of Canaan, to which I am bringing you, you shall not do, and you shall not follow their statutes’” (Leviticus 18: 1-3).“…the land of Egypt, in which you dwelled” had certain practices, laws, norms and rituals. Don’t do as they did! You are coming to the Land of Canaan where there are also traditions, rituals and a developed culture.Don’t do as they do either! A complete rejection of both Egyptian and Canaanite cultures begs the question: So what should we do? If the Egyptian culture that the nation had been familiar with for centuries is rejected, and so is the Canaanite culture they are about to become familiar with, what is the alternative? The answer to this is given in the following verse: “You shall fulfill My ordinances and observe My statutes, to follow them. I am the Lord, your God” (Leviticus 18: 4).The ordinances and statutes that God gave are the alternative culture the Torah is referring to. The following verse clarifies the quality of this culture: “You shall observe My statutes and My ordinances, which a man shall do and live by them”(Leviticus 18: 5).To properly understand these verses, we must note Judaism’s uniqueness. The Torah proposes to man 613 mitzvot – commandments that encompass every aspect of his life: morning, noon and night; at home and at work; with family and community; when eating and walking; on weekdays and holy days. Contrary to other religions that suffice with few commandments and rituals, Judaism does not. It encompasses the entire life span, from birth to last breath. Why is this so? Why is it necessary to have so many mitzvot? The answer to this is that Judaism was not meant to “decorate” life with a few good deeds. Its purpose is to teach man that there is another way to live, different from plain existence, different also from other familiar cultures. The words “and live by them” teach us that the Torah is a Torah of life, or in other words: a human culture with Divine significance.To create a culture, it is not enough to have a few solitary actions, and it is certainly not enough to have philosophical insights. What is needed is a reorganization of reality. Man is a creature of wisdom and consciousness. He recognizes feelings and has needs, he believes in values and knows how to plan his steps.All these are basic traits of every person. But Judaism wishes to add new content to every single detail of life.Not to erase life, not to move it aside, not to circumvent it – but to live life with more quality, more holiness, more transcendence.Jews live within the culture of their environment, whether it be Egyptian, Canaanite, Western or Eastern.Jews will always live within a certain culture while creating for themselves a unique Jewish culture through the Torah’s commandments.In our generation, after the “information revolution,” we face a tsunami of cultures, an abundance of lifestyles. But we know what the Torah proposes and we understand that these are not just religious rituals.This is the creation of a human culture with divine significance.■ The writer is the rabbi of the Western Wall and Holy Sites.