When we keep Shabbat, we are actually expressing our sense that the world in which we live is “very good.” 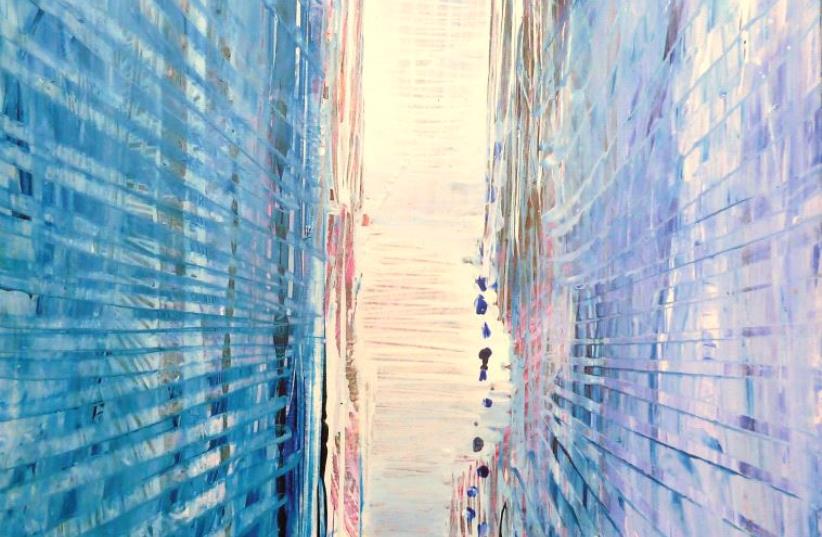 Painting by Yoram Raanan
(photo credit: YORAM RAANAN)
Advertisement
This Shabbat, we begin a new yearly cycle of Torah reading. Again, we start from Bereshit, “the beginning.” Again we return to the starting point which occupies the thoughts of billions of people. How did it all begin? How and when was the world created? These issues, and the story of the sin of Adam and Eve and their exile from the Garden of Eden, are described in this parasha.They are fascinating topics that have been and still are dealt with by many people throughout thousands of years. But we will deal this week with a topic that seems to be “hiding” in this week’s parasha: Shabbat.The description of the first Shabbat in history, that is revealed to us in this parasha, is wonderful. The description provides us with a lofty perspective on ourselves and the entire universe. This is how the Torah describes the creation of Shabbat: “And God saw every thing that He had made, and, behold, it was very good. And there was evening and there was morning, the sixth day. And the heaven and the earth were finished, and all the host of them. And on the seventh day God finished His work which He had made; and He rested on the seventh day from all His work which He had made. And God blessed the seventh day, and hallowed it; because that in it He rested from all His work which God in creating had made” (Genesis 1:31; 2:1-3).This description tells us about the completion of the world’s creation. God looked at what He had done – at the world we know – and He saw that it was “very good.” The result of this was stopping work. He saw that what He had done was perfect, and from now on the world would function on a permanent basis based on the laws of nature, which were determined in advance.This rest merited two special qualities: blessing and holiness. The day on which God stopped working was set as a blessed day and a holy one.To understand the significance of Shabbat, let us imagine a man who builds himself a house. He buys land, digs the foundations, buys the construction materials and invests tremendous effort in the construction.After the house is standing, he does the finishing touches, the floors, painting, buys new furniture, installs appropriate lighting in the various rooms, and so on. At some point, the man looks at the house and says to himself, “That’s it. The house is perfect.” He sits down on his new porch, rubs his hands together in enjoyment, and... rests! Resting after creating something symbolizes the perfection of the creation. If something was lacking in the house, the man would not rest with a sense of satisfaction.If there was still something to do, to fix, to add, there would be no ability to stop working. When the man rests, he is expressing his full satisfaction with the job he has done.Just as the hardworking man rests on his porch as the construction is completed, the Shabbat that comes after the world’s creation could not have taken place without the previous verse, “And God saw every thing that He had made, and, behold, it was very good.” If the world had not been “very good” the process of creation would not have ended. Only when it is clear that the creation is perfect does God stop the work of creation and give the world the freedom to function according to the laws of nature that were determined in creation.When we keep Shabbat, we are actually expressing our sense that the world in which we live is “very good.” At the end of every week, we join God’s resting and say, “Indeed, the world is perfect.” We do not work, we do not cook; we avoid effort as much as possible, enjoying special food and spending time with family. We create an atmosphere in which everything is good, everything is perfect, as though nothing is pushing us to keep working, creating, developing. This is the Shabbat we read about in this week’s parasha.Now it is quite clear why Shabbat is a day both blessed and holy. It is a day when we allow optimism to rule our perspective; it is the day that carries endless blessing on its wings. This is the day when we confirm the faith that the world is functioning appropriately and perfectly, and despite all the visible difficulties, is heading toward a better future. This is a holy day.The Jewish nation which received the Torah and was commanded to keep Shabbat, received by this a rare invitation to a lofty, positive and optimistic perspective in which evil is temporary, difficulties are solvable, pain is ephemeral and what the future holds for all of humanity is the victory of good and truth over evil and lies. In one word: perfection.

The writer is the rabbi of the Western Wall and Holy Sites.
Advertisement
Subscribe for our daily newsletter