Parshat Beha'alot'cha: Dependence for the sake of freedom

Dependence was meant so we would learn how to live as free people. 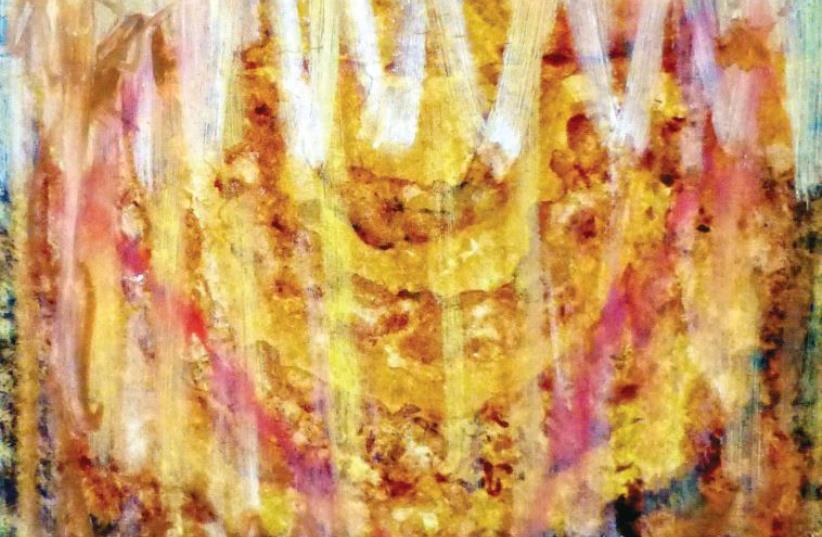 Painting by Yoram Raanan: www.RaananArt.com.In this week’s portion, Beha’alot’cha, we read the description of the long journey to the Land of Israel, a 40-year journey through the desert. What made the wandering nation decide to stop to camp? What led it to pack up and move forward? Who chose the journey routes? The Torah tells us that there was a cloud that sat on the mishkan, the Tabernacle and temporary Temple, that navigated and guided the nation on its route: “...and according to the cloud’s departure from over the Tent, and afterward, the Children of Israel would travel, and in the place where the cloud settled, there the Children of Israel would encamp. At the bidding of the Lord the Children of Israel traveled, and at the bidding of the Lord they encamped.... When the cloud lingered over the Mishkan for many days... sometimes, the cloud remained for several days above the Mishkan.... Sometimes the cloud remained from evening until morning....Whether it was for two days, a month or a year, that the cloud lingered to hover over the Mishkan....At the Lord’s bidding they would encamp, and at the Lord’s bidding they would travel” (Numbers 9:17-23).The nation wandered through the desert without any information about tomorrow, thinking “It is possible that we will travel tomorrow and it is possible that we will stay here for a full year.”Every morning, people woke up without knowing what the day would bring. They had no answer to the question “Are we staying camped here, or are we packing up and moving on?” Even when they would reach a new campsite, they had no way of knowing how long they would remain there.Why was this the case? Wouldn’t it have been better to give them a detailed schedule so they would know their future plans? To answer this question, we must look at the 40 years in the desert – the focus of the entire Book of Numbers – with the right perspective. During these 40 years, God built the people of Israel’s spiritual-cultural foundation, on which we live and act to this day.During these 40 years, the people of Israel experienced a unique Divine leadership that will never repeat itself.They lived without any organized material basis. They got their food from heaven, and the direction and time of their travel, as well as the place and duration of encampment, were unknown. They experienced complete dependence on God. They knew in the clearest of ways that if God were to abandon them for even one day, they would have no chance of surviving in the desert.This dependence was created to inculcate values, in order to create a nation with a lofty moral role in the world, a nation that was to be a “light unto the nations,” a nation whose existence would be guided by lofty values and not narrow interests. To do this, they had to undergo a significant educational experience.This complete dependence educated the people of Israel for generations. The nation internalized the message and passed this heritage on to future generations: The world is not a free-for-all. We live here for a specific purpose, and we must work to attain it.Goodness will emerge victorious, and it is advisable, not only appropriate, to live correctly, because God keeps the world going and undoubtedly He will guarantee that good triumphs over evil.This period of dependence ended after 40 years, but the values inculcated during that time are alive and beating in the hearts of the Jewish nation even thousands of years later. You will find Jews leading many of the significant, moral and humane movements in the world, because the Jewish heart beats and acts from a sense of mission. We are not here coincidentally. There is a purpose to life.Indeed, after the desert journey ended, we were given the choice. We are no longer dependent and must work to sustain ourselves. But without this period of dependence, we would not be capable of making the right choices. The dependence was meant so we would learn how to live as free people.The prophet Jeremiah said of this period: “Thus saith the Lord: I remember for you the lovingkindness of your youth, the love of your nuptials, how you followed Me in the desert, in a land not sown” (Jeremiah 2:2). The writer is the rabbi of the Western Wall and holy sites.