Parshat Behar: Once in a blue moon – or 50 years – society reboots

The principle at its foundation motivates many people to work for the benefit of the weak and oppressed, and leads us to make more of an effort so that more people have something to smile about. 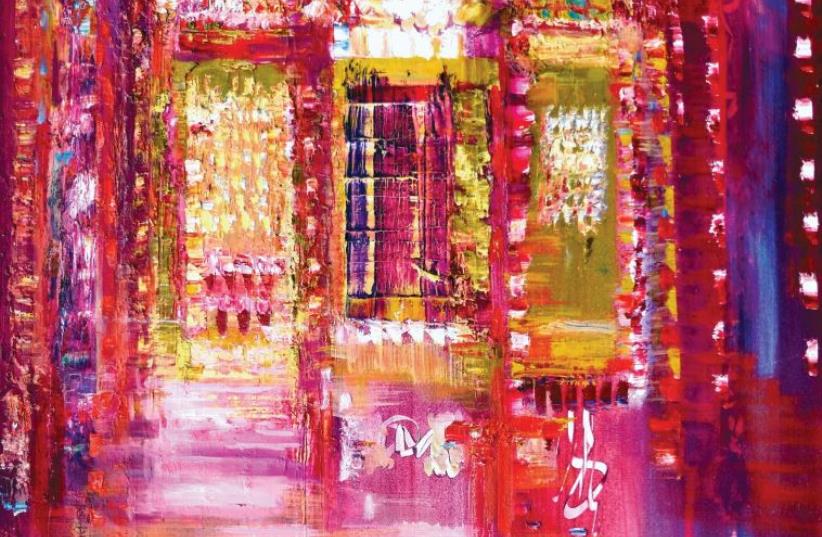 Painting by Yoram Raanan
(photo credit: YORAM RAANAN)
Advertisement
“You shall keep My Sabbaths and honor My Sanctuary. I am the Lord.” (Leviticus 26:2) Painting by Yoram Raanan: www.RaananArt.com.One of the mitzvot that we read about in this week’s Torah portion – Behar – is the mitzva of yovel, the jubilee year.A related and more familiar mitzva is shmita (sabbatical year): every seventh year, the Israeli farmer must stop working his land and abandon his crops. The mitzva of yovel is more uncommon; it is kept not every seven years, but rather every 50 years. Besides not working in agriculture, as in shmita, the 50th year has an additional facet of rest.But not just rest: “And you shall sanctify the fiftieth year, and proclaim freedom [for slaves] throughout the land for all who live on it. It shall be a jubilee for you, and you shall return, each man to his property, and you shall return, each man to his family… The land shall not be sold permanently, for the land belongs to Me” (Leviticus 25:10, 23).To understand these verses, we must learn about two things that existed in ancient cultures, yet have all but disappeared from our world. One is slavery, and the other is the relationship between man and the land.There is no need to explain slavery. It seems probable that any civilized person would view it as deplorable.One man enslaving another seems, justifiably, as the trampling of human dignity, which is something that should not exist.The relationship between man and the land is something more complex. Since the Industrial Revolution, man has progressively been disconnecting from the land. First, Western man gradually left agriculture.Secondly, owning land ceased being a status symbol. A person can be prosperous with investments in stocks, banks or various companies, even if he does not own large tracts of land. Third, Western man is not connected to specific land. He lives wherever it is convenient to live and does not have an emotional need to work the family land.The situation used to be completely different. Agriculture was the most common occupation; socioeconomic status was primarily determined by “how much land I own.” People were emotionally connected to the land they inherited. Land was sold only due to lack of choice, when the financial position left no other option, in which case land was sold with great pain and sorrow.Now that we understand this, we can grasp the profound revolution taking place in the verses we just read: “It shall be a Jubilee for you, and you shall return, each man to his property, and you shall return, each man to his family…” Slaves were released and returned to their families. People who had gone bankrupt and sold their land (“property”) returned to their family land. The entire society reboots and “recalculates its route.” Yesterday’s slaves become today’s free men; bankrupt people of the past go back to having assets and socioeconomic status.When that happens, there is no need for social demonstrations. Equality is presented as a supreme decree, a divine decree.But why would people agree to this? Why would they release the slaves and return land they had purchased? The answer is in the internalization of the words “for the land belongs to Me.” When man lives with the sense that everything is a gift, that every piece of land is a smile smiled especially for him – only he can truly see others, including their pain and suffering.The mitzva of yovel has not been in effect for many years. It was obviously not possible throughout our years in exile, and even after we returned to the Land of Israel, it is still not done. But the principle at its foundation motivates many people to work for the benefit of the weak and oppressed, and leads us to make more of an effort and sacrifice so that more people have something to smile about. The writer is rabbi of the Western Wall and Holy Sites.